It was a mom/son bonding day out for Angelina Jolie and two of her boys on Jan. 8! See the new pics of Angie looking gorgeous in a long black coat here.

Angelina Jolie, 43, has been seen out and about with her kids quite a bit lately, and she was at it again this week. The actress took her sons Pax, 15, and Knox, 10, to Fred Segal in West Hollywood on Jan. 8, and she looked gorgeous in her all-black ensemble. Angie rocked a long black coat with high boots for the outing, and kept it casual with her hair pulled back into a bun with minimal makeup. She was also carrying a coffee cup as she made her way through the store with the boys.

Jan. 8 actually happens to be another Jolie-Pitt kid’s birthday — Zahara turned the big 1-4! Perhaps her brothers were helping mom pick out some last minute presents for her?! As HollywoodLife EXCLUSIVELY reported, Angie planned a small party to celebrate Zahara’s big day, but did not invite her ex, Brad Pitt, to join in on the festivities. It’s unclear if Brad had a chance to see the teenager separately. At the end of 2018, Brad and Angelina signed a temporary custody agreement, and although Brad still reportedly gets less than 50% custody at the moment, the plan is for him to increase custodial time, with hopes to eventually receive 50/50, according to The Blast.

The exact details of the custody agreement have been kept private to protect the “best interests of the children,” Angelina’s legal team previously confirmed. The pair’s decision to come to this agreement on their own allowed them to eliminate the process of going before a judge and having the terms set up in court. 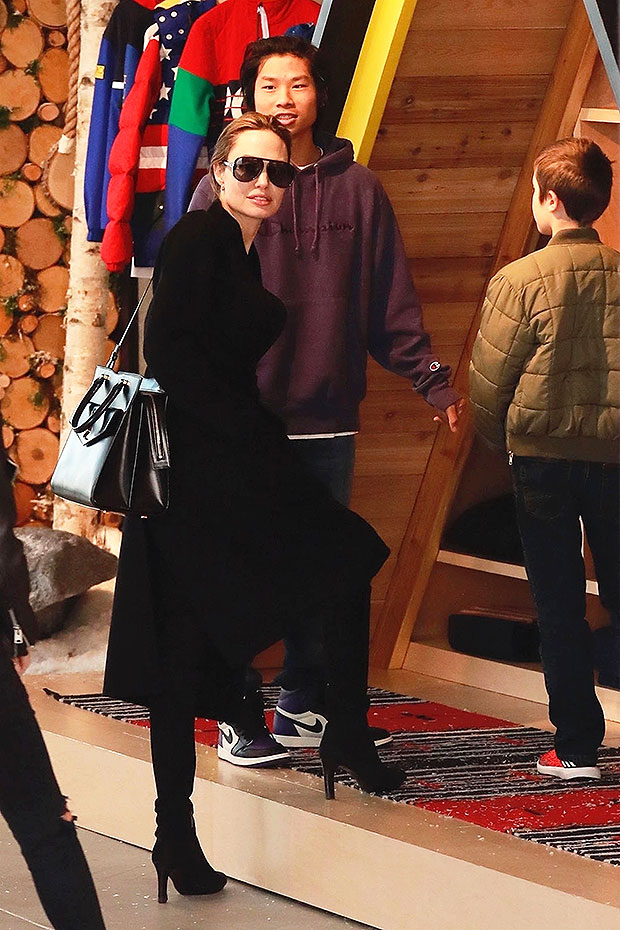 Still, even though Brad has been spending a significant amount of time with the kids lately, he has yet to be photographed with them since his split from Angelina in Sept. 2016. However, Angie is seen out with the children on a regular basis.