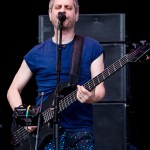 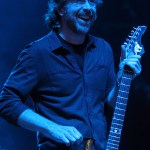 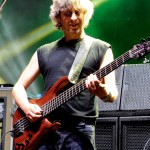 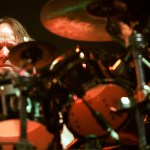 Phish who? Everyone is asking questions about the band playing THREE sets at Bonnaroo this year. Here’s what you should know!

The 2019 Bonnaroo lineup is here! This year, Childish Gambino, Post Malone, Solange, Cardi B, and more A-lister musicians are set to take the stage at the Manchester, Tennessee fest. In classic Bonnaroo spirit, the bill also boasts a diverse lineup including a slew of Indie bands, and an eclectic mix of genres. Still – fans are confused why one band in particular is set to headline not one but three different times. Phish, the rock band formed in 1983, has a bigger presence at the festival than any other artist on the bill! As fans scratch their heads over the interesting lineup choice, here’s 5 things to know about the band you’ll see plenty of at Bonnaroo 2019!

1. Phish was founded at the University of Vermont in Burlington.

Before becoming global superstars, the members of Phish met as students of the University. Since forming the group in 1983, they have gone on to sell out arenas across the globe, becoming one of the most sensationalized jam bands of all time. In 1998, Rolling Stone described Phish as “the most important band of the ’90s.”

2. They have an ice cream named in their honor.

And you’ve probably eaten it before. Ben & Jerry’s concocted an ice cream characterized by gooey marshmallow and caramel swirls and called it ‘Phish Food.’ The famous flavor was introduced in 1997, as part of a special Phish benefit performance in Burlington.

3. A younger set of Bonnaroo festival goers have no clue who the band is.

And they took to Twitter to demand answers. “don’t attack me but who tf is phish and why does he have 3 different sets. why is the grand ole opry headlining. i thought that was a building,” one comical tweet read. “I don’t know who Phish is and at this point I’m too afraid to ask,” another sheepishly wrote.

don’t attack me but who tf is phish and why does he have 3 different sets. why is the grand ole opry headlining. i thought that was a building

4. Phish fans can expect to see A LOT of the band at this year’s fest.

The group is playing a full set on Friday June 14, and then taking a day off, before delivering a double set that Sunday night to close out the festival.

5. Those who haven’t seen the band are in for quote a show.

Phish are known for their on-stage antics. Some of their past stage props have included trampolines, vacuum cleaners, and slip-n-slides!