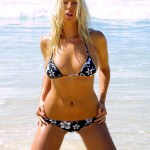 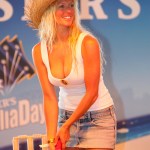 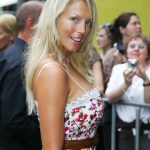 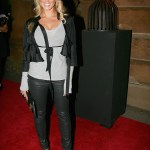 Australian model Annalise Braakensiek has tragically passed away. She was only 46 years old. Here’s what you need to know about Annalise and the tragic situation surrounding her death.

Annalise Braakensiek has died at the young age of 46. The Australian model and actress died on Jan. 6. The cause of Annalise’s death was not immediately known. Over the course of her life, Annalise was a model, actress, and mental health advocate. She will be dearly missed. This is what we know about Annalise and her death.

1. The model and actress was found dead in her home. Police found Annalise’s body inside her Sydney apartment on Jan. 6 after doing a welfare check, according to The Guardian. Police do not believe she died under suspicious circumstances. An autopsy will be conducted to determine the cause of Annalise’s death.

2. Annalise talked about life feeling “twisted and upside down” in one of her last Instagram posts. The model wrote on Dec. 14: “Everything seems to feel twisted and upside down at the moment… am I right?!!!! Life’s challenges have been deep, dark, difficult, demanding and down right scary lately. For me and so many others I know. But today is a new day! and I’ve also had some of the best jobs, travels and experiences of my life this year for which I’m THAT grateful. So, here’s to happiness and light, endless possibilities and new beginnings!!!!” Annalise’s last Instagram photo was posted Dec. 28.

3. In addition to modeling, she appeared in a number of TV shows and movies. Annalise made her TV debut in 1997 in Heartbreak High. She also had roles on Home and Away, Play Your Cards Right, and Pizza. She appeared in films like Mr. Accident and Fat Pizza.

4. She was an advocate of mental health. Annalise was an ambassador for the organization R U OK? — a suicide prevention charity in Australia. The charity’s mission is to inspire and empower people to connect with those around them and support anyone struggling.

5. She was previously married. She married stockbroker Danny Goldberg in 2002, according to 9 News. They split after 16 years in April 2018.