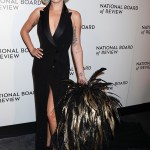 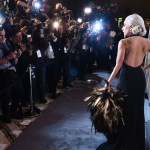 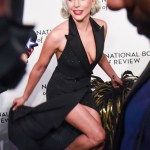 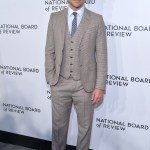 Lady Gaga excitingly revealed what the best piece of advice she’s ever received is in an EXCLUSIVE interview with HL during her walk on the red carpet at the National Board of Review Awards Gala.

Lady Gaga, 32, brought up the name of two legendary musicians when she shared the best advice she’s ever received on Jan. 8. The Golden Globe winner spoke EXCLUSIVELY with HollywoodLife at the 2019 National Board of Review Awards Gala in New York City and didn’t hesitate to gush about the guidance she was lucky enough to take to heart. “The best advice I’ve ever received was from Tony Bennett passed over from Duke Ellington,” Gaga began. “And Duke Ellington said to Tony, he said, ‘rule number one is never give up and rule number two is always listen to rule number one’.” Now that is some GREAT advice!

As Gaga’s fans know, Tony has definitely been an inspiration to her when it comes to her career so it’s no surprise she would mention him in her answer. Who can forget her amazing duet album with the iconic artist? The album, Cheek to Cheek, was released in 2014 and featured Gaga and Tony singing some of the most popular jazz tunes out there, including, “Sophisticated Lady” and “It Don’t Mean A Thing (If It Ain’t Got That Swing)”, which were both co-written by Duke. Although she didn’t give us details about when Tony gave her the advice, we can bet it was when they were working on the incredible Duke’s amazing music. In addition to the jazz album, Gaga and Tony recorded a duet version of the popular show tune “The Lady Is a Tramp” in 2011.

It certainly seems like Gaga’s been following Tony and Duke’s advice of never giving up since she seems to keep encountering success after success in whatever she does. The talented beauty won the award for Best Actress at the National Board of Review Awards Gala on Tuesday night and made headlines on Jan. 6 when she won her Golden Globe award in the Best Original Song category for “Shallow” from her showstopping film, A Star Is Born. We can’t wait to see what else 2019 has in store for this hardworking lady!