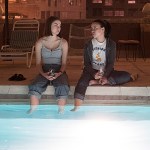 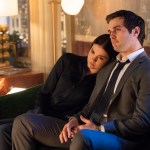 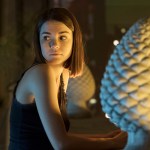 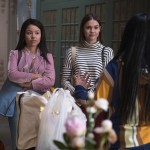 ‘Good Trouble’ premieres Jan. 8 on Freeform, but the first episode is out on Hulu now. HL spoke EXCLUSIVELY with Tommy Martinez, one of the series’ new stars, about his fascinating character, Gael’s connection with Callie, and more.

You guys, Good Trouble is THAT show. The Fosters spinoff is a fun, fresh, and insanely realistic take on adulthood for all you millennials out there. The new Freeform series stars your Fosters faves Callie and Mariana, but the show is adding brand-new characters that you’re going to fall in love with. One of those characters is Gael, played by Tommy Martinez, one of Callie and Mariana’s roommates at The Coterie. Gael’s an artist and graphic designer. He’s easy on the eyes, too. Gael finds himself in a similar stage of his adult life as Callie and Mariana.

“Just how Callie and Mariana are entering this young adult world and joining the workforce, finding what it is that they want to do with their lives, and moving forward, Gael is also doing the same thing,” Tommy told HollywoodLife EXCLUSIVELY. “Maybe not in the sense that he’s trying to find his way, I think more so that’s just Gael trying to find a way to pursue that dream that he already knows he has, which is to become an artist and continue doing what he loves. But he’s also kind of stuck with his graphic design job. Not that he’s stuck with it, but it’s what he needs to live right now and support himself, in order to buy the supplies that he needs to create his art on his downtime.”

The role of Gael is the role of a lifetime for Tommy. He was able to connect to the character immediately. “With this role, I was just completely surprised and never thought that I would get into something like this right off the bat. I think I completely underestimated the responsibility behind it, too. Because my character is representing a big community of people where it’s very much undermined and overlooked and still not accepted. So when I saw the lines and read the episode, I was just completely for it and just completely enthralled by the opportunity and that they chose me to portray Gael. I fell in love with it, because I related to him so much.”

Gael is bisexual on the show, and Tommy loved exploring this aspect of the character. “It was something that I was never exposed to or never had any knowledge on. So it allowed me to learn so much from just this character that I portray and essentially learn from myself and how I act with the people that I get involved with on the set. I was completely open to it. Just seeing this character follow his passion with the art and trying to make a living, but still having the ability to fall in love with somebody, no matter how they identify or what their gender is, I thought that was really beautiful.”

In the first episode, Gael and Callie form an instant connection. This relationship is going to evolve so much over the course of the first season. “It’s going to fluctuate,” Tommy teased. “Just like with any relationship. Or, I mean, with the friendship, relationship, whatever it is that Callie and Gael have going on. I think it’s much different than just the normal relationship where you go through this passion phase for a couple months. This was something that happened out of nowhere, and in the heat of the moment, really. And I think because it started off so quickly with these fireworks and the intensity of it, that it can be a little bit overwhelming.” Good Trouble airs Tuesdays at 8 p.m. on Freeform.