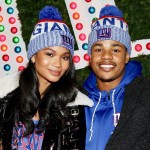 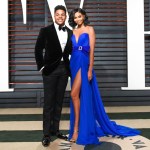 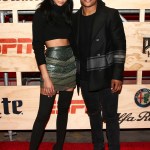 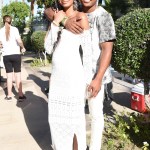 Chanel Iman has a newborn baby girl at home, but the model sure doesn’t look like it! Wondering how she bounced back so quickly? She and her husband opened up to HL EXCLUSIVELY.

It’s only been five months since Chanel Iman, 28, and her husband Sterling Shepard, 24, welcomed their daughter — although you’d never know it by looking at the model! Ever since giving birth to her baby girl Cali Clay, Chanel has been spotted in sexy red carpet looks showing off her toned tummy and long legs. She even snapped a gym selfie in a sports bra and tights that left little of her abs to the imagination. It’s crystal clear that Chanel bounced back quickly after her newborn arrived, but what’s the secret to her flawless post-baby body? “She’s been working her tail off every morning going to Soul Cycle,” her husband told Hollywoodlife.com EXCLUSIVELY.

There you have it! Chanel’s been hitting the stationary bike on a daily basis to stay in shape. While she probably follows a diet of some sort, this workout recommendation is still a great place for new moms to start! But does the model have plans to get pregnant again anytime soon? She admitted that she “eventually” wants to grow her family, while her husband opened up about some specific plans. “I’ve been surrounded by girls all my life and now I have a little girl,” Sterling said. “I gotta get my boy!”

Right now, though, the couple is just enjoying their early days with their five-month-old — who is finally letting them sleep! “We’re able to sleep together again,” Chanel said, which is exciting considering she and Sterling tied the knot less than a year ago.

There’s strength in knowing your body. Be aware, stay aware and make sure to get tested early and often for Breast Cancer. Stay strong 💪🏽and join the #informedbyinmode challenge this month. Help us get  #informedbyinmode to 100,000 total likes while @inmodeaesthetics donates to Breast Cancer Research. Check out their page to find an InMode physician near you. #breastcancerawareness.

When it comes to their daughter, who they named after one of their favorite states and her great-grandfather, Chanel and Sterling love dressing her up. One look at the model’s Instagram proves that, with Cali Clay in outfits ranging from tulle skirts on the reg to Cupid costumes on Halloween.

On top of that, the little one is often dressed up in looks from the NFL Lifestyle 2018/2019 Holiday Collection. “My favorite are the baby onesies,” Chanel said. “I put our daughter in the onesies all the time at home because she’s too little to go to the games, but we still want to support the team and her daddy at home. I want her to look super cute because I take loads of photos! A lot of the onesies we ordered from the NFLShop.com, customizing them to say Shepard or his number 87. Babies go through them so fast that we have a ton of them!”

Does it get any cuter than that? We love this adorable family of three!