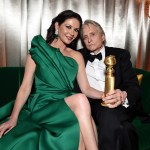 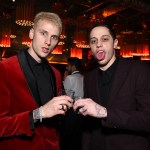 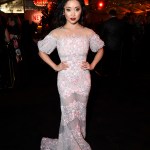 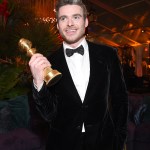 Just weeks after he posted quite a disturbing message on Instagram, Pete Davidson was in great spirits at a Golden Globes after-party on Jan. 6. HollywoodLife has EXCLUSIVE details from inside the bash!

Pete Davidson looks to be putting his split from Ariana Grande behind him for good — he was all smiles while hanging out with his pal, Machine Gun Kelly, at a Golden Globes after-party on Jan. 6. “He was in a pretty joyous mood and talking to a bunch of girls,” an eyewitness tells HollywoodLife EXCLUSIVELY. “He was getting plenty of female attention and loving it. But before anything got close to PDA-filled or a girl would get too close, Pete would then immediately hang out with MGK and focus his attention on him. They shared a few laughs and Pete definitely seemed in a good place.”

Seeing Pete looking so carefree and happy is certainly a refreshing sight, as just weeks ago, fans were extremely worried about his mental state. “I really don’t want to be on this Earth anymore,” he wrote on Instagram Dec. 15. “I’m doing my best to stay here for you but I actually don’t know how much longer I can last. All I’ve ever tried to do was help people. Just remember I told you so.” This came about two months after Pete’s split from Ariana, which stayed in headlines because of her hit song, “Thank U, Next,” released in the aftermath of the breakup.

Machine Gun Kelly was the first to rush to Pete’s side after his alarming cry for help on Instagram. Ariana also showed up to the Saturday Night Live set to be there for her ex, but he reportedly refused to see her.

Pete has been open about his mental health struggles in the past, and it’s something he will have to deal with for the rest of his life. However, if the Globes party is any indication, it looks like he’s going through a good time at the moment, and we’re sending more positive vibes his way!