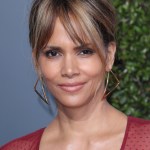 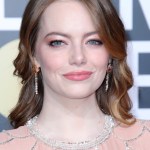 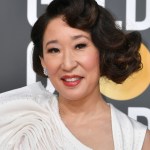 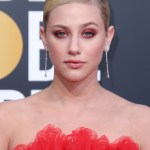 If you think a couture gown means designer makeup, think again! Nicole Kidman looked half her age, and wore makeup available at the drugstore! See how and why her skin looked so radiant below.

Makeup artist Angela Levin told us about Nicole Kidman‘s stunning Golden Globes makeup look: “The overall inspiration for tonight’s makeup look was modern romantic.” To get her flawless glow, it starts with skin. “I find skincare prep to be one of the most important stages on an evening like the Golden Globes,” Angela says. “Once I prep the skin, you want to give at least five minutes until the time I start the foundation and concealer application. That allows time for the skin to absorb the moisture. I used the Neutrogena Hydro Boost City Shield SPF 25 over the Neutrogena Rapid Wrinkle Repair Retinol Oil. I feel that to allow the skin to receive the most hydration, mixing two mediums together works better. This helps maintain a hydrated look throughout the night.”

“I applied a light layer of foundation — Neutrogena Healthy Skin Liquid Makeup in Classic Ivory with a q-tip and applied the foundation to the four points of the face — both cheeks, forehead and chin — using a foundation brush to spread evenly on the face. I dabbed a little bit of foundation on any areas that needed more coverage. Then I used Neutrogena Hydro Boost hydrating concealer in fair on the eye lids, under the eye, and on the outer corners of her lips. Neutrogena Health Skin blush in Pure was then applied. I used the blush and applied it in a half moon shape concentrating on the apple of the cheek.”

“Julia, Nicole’s stylist and I, discussed doing a bold lip to be unexpected with the dress that she was wearing. We decided to let everything else be glamorous and chic but not intense. With that in mind, I kept her eyes very soft, framed with a beautiful brow, and did three coats of mascara. It was important for me to maintain a feeling of freshness and accessibility throughout the entire makeup look. I feel there are a lot of girls out there who could recreate this look at home!”

“Using Kerry Washington’s Essential eye palette, I used all the darker colors giving a transition from the crease and used the lightest color on her eye lid. Three coats of Neutrogena Hydro Boost Hydrating mascara was applied to complete the eye look. I completed Nicole’s makeup with Kerry Washington’s Force of Nature lip palette in Instinct for a bold red.”

Her hair was styled by Kylee Health, and accentuated with Jennifer Behr’s Wide Velvet Bow Barrette in black, which was feminine and flirty! We loved her entire look!