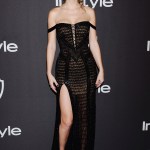 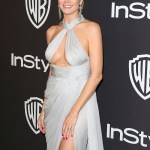 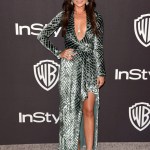 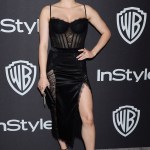 The Golden Globes is not just an awards show — it’s a perfect date night spot, too! Jenna Dewan and her boyfriend Steve Kazee sure had a great time. We’ve got EXCLUSIVE details on their PDA!

Jenna Dewan, 38, hit up the InStyle After Party at the Beverly Hilton Hotel with her boyfriend Steve Kazee, 43, when the 2019 Golden Globes wrapped up — and they put on a PDA display. While they were waiting for their car, “she was completely wrapped around him, making out with and french kissing and telling him she loved him,” an eyewitness told Hollywoodlife.com EXCLUSIVELY. “He was loving it. Things got hot and heavy. They were under a tent because it was raining, and she pulled him out into the rain and said, ‘Its more romantic to kiss in the rain, isn’t it? I love you!”

It looks like these two are at a really good place in their relationship. Recall Jenna and Steve have been dating since fall of 2018, after she and her ex-husband Channing Tatum, 38, announced their split in April of that same year. The two, who share a daughter named Everly, 5, officially filed for a divorce in October. Since then, Channing has been dating singer — and some say, Jenna’s lookalike — Jessie J, 30. Both of the exes have been looking so happy with their new boos, and this sweet PDA moment between Steve and Jenna is just the icing on the cake!

But when will they bring their S.O.‘s to the red carpet? Jenna posed for pics at the Golden Globes alone and stunned in a one-shoulder black gown. It was covered in tiny white polka dots and featured a sexy side cutout, plus a high slit. Wow! With her dark hair in an updo and her face framed by sparkly drop earrings, the World of Dance host made it clear that she really knows how to rock a red carpet. So glam!

Here’s to hoping her night at the Golden Globes 2019 was as fun as it looked — because it looked pretty perfect, if you ask us!