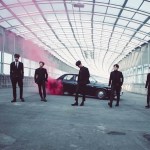 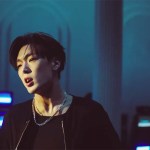 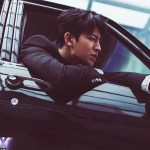 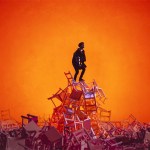 The iKON “I’m OK” music video starts out with a car up in flames. Han-bin stumbles out of the car with cuts and bruises on his face. This segues into the rest of the music video, which gives all members of the K-pop band a chance to shine. While the music video is intense and emotional, it’s definitely sexy, too. The iKON guys have never looked or sounded better. They turn up the heat to a whole new level. The group digs deep and exposes their feelings. We are so here for it. Plus, the creativity in this video is off the charts. Give iKON all of the awards, please!

Once the music video dropped, it became an instant hit among fans. The group immediately started trending on Twitter, with fans voicing their thoughts in tweets. “I’m literally not okay, the whole song broke my heart,” one fan tweeted. Another wrote, “Can’t ignore these painful and heart wrenching lyrics.” One fan tweeted praise for two of the band’s members: “Yunhyeong and Chanwoo! their vocals are beautiful… I love their verses so much.”

Look at that artistry. Such masterpieces ✨🖤 #withiKONimOk IM NOT OK 😭 pic.twitter.com/7KoAiWRlco

In less than one day, the music video already has nearly 900,000 views. We’re only a few days into 2019, and iKON has already blessed us with so much. The group’s second full repackaged album is set to be released on Jan. 8 and consists of of 23 songs. We can’t wait to see what the rest of 2019 brings!