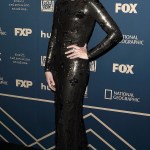 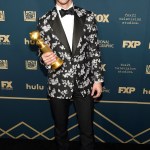 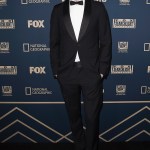 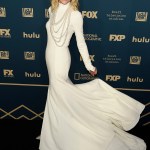 The 2019 Golden Globes have come & gone, but after the show, tons of Hollywood’s biggest celebs still turned up at the FOX after-party! Check out all of the arrivals here!

The 2019 Golden Globes was a night full of big wins (and a few upsets) and while some stars didn’t walk away with an award, everyone was a winner at the FOX after-party. Not only was Taylor Swift spotted walking in with her boyfriend Joe Alwyn — although they didn’t pose for photos together on the red carpet — but James Bond himself, Daniel Craig, was also in attendance. Justin Hartley was also there, along with Sterling K. Brown, and plenty more of our favorite celebs. Check out the photos of the star-studded event in the gallery above!

The Globes were a night full of interesting speeches — and one long from Jeff Bridges — but the funniest acceptance oration belonged to Christian Bale. After receiving the award for Best Actor in a Comedy or Musical Film for his role in Vice, he told the crowd, “Thank you to Satan for giving me inspiration on how to play this role.” Bale even hinted at another Republican he’d like to play next. He said, “Thank you, and for all the competition, I will be cornering the market on charisma-free ass****s. What do you think, Mitch McConnell next? That would be good.”

One of the sweetest moments at this year’s Golden Globes, though, belonged to Carol Burnett. She was the first-ever recipient of the award for television achievement, which will now be named after her in years to come.. “We’ve been granted a gift, a canvas to paint with our talent, one that can make people laugh or cry or maybe do both,” Carol told the crowd. “So this award, oh, my gosh, so generously named after me, is dedicated to all those who made my dreams come true and to all those out there who share the love I have for television, and we yearn to be part of this unique medium that has been so good to me. I’m just happy our show happened when it did and that I can look back and say once more, ‘I am so glad we had this time together.’ Thank you.”