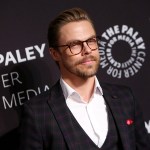 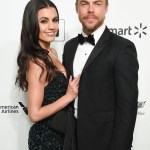 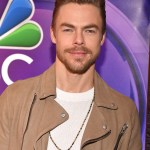 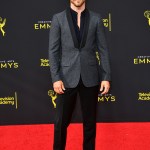 Derek Hough just announced that he’s releasing a cover of ‘Shallow’ next week! Read about his huge reveal at the Golden Globes here!

Tell us something, Derek Hough! While Lady Gaga took home the Best Original Song Golden Globe for “Shallow” at tonight’s festivities, we’ll soon be getting another iteration of the song. That’s right, Derek, who recently posted a viral Instagram post of himself singing the song to his girlfriend back in October, will be releasing his own cover of the song in the next few days. “I’m actually dropping a cover of ‘Shallow’ with Natasha Bedingfield next week,” he told Access on the Golden Globes red carpet.

We reported earlier how Derek opened up about how he completely understands Dancing with the Stars‘ hiatus until fall of 2019. “I’m not on the show anymore so it doesn’t directly affect me but but I think after 27 or 28 seasons I think that it deserves a little bit of a break,” Derek told HollywoodLife EXCLUSIVELY. “They have done an incredible job and I have zero doubts that it’s going to come back incredibly strong at the end of the year.”

Derek previously revealed way back in May of 2018 how he gets emotional watching World of Dance just like the rest of us. “You get to escape but also tap into something in yourself, and you can either love dancing or you don’t need to know anything about dancing, and you can still love the show,” Derek told HollywoodLife on the red carpet at the 2018 Billboard Music Awards. “The talent, they way it looks, the way it feels — the storytelling is on another level. The quality of the show is fantastic, it really, really is, and it just feels like it has all the elements you need to be entertained and escape a little bit and to get in touch with your feelings. Honestly, I cry. I am inspired. I am wanting to dance more. It is the best!”