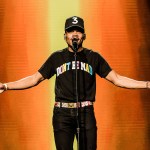 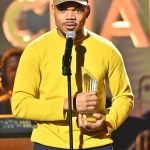 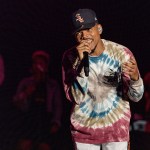 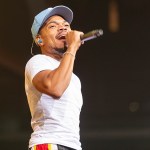 After Chance The Rapper was dragged for saying he didn’t believe R. Kelly’s accusers because ‘they were black women,’ he apologized but said his quote was taken out of context!

“I didn’t value the accusers’ stories because they were black women,” Chance The Rapper, 25, said during the Jan. 5 episode of Surviving R. Kelly, the docuseries detailing the many allegations of sexual misconduct surrounding R. Kelly, 51. Fans quickly blasted Chance for this comment, which seemed like he didn’t trust the accusers because he thought black women were untrustworthy. “The quote was taken out of context, but the truth is any of us who ever ignored the R Kelly stories, or ever believed he was being setup/attacked by the system (as black men often are) were doing so at the detriment of black women and girls,” he said in a statement, per Billboard.

“I apologize to all of his survivors for working with him and for taking this long to speak out,” he added. Chance also shared the full clip of his interview to his Twitter. In the extended video, he reiterates that he regrets having worked with R. Kelly (the two teamed up for the 2015 track, “Summer In Paradise”) but he also gave context to his quote about black women. “We’re programmed to really be hypersensitive to black male oppression,” he said. “It’s just prevalent in all media, and when you see n—-s getting beat up by the police…that’s like a scene you see…like slavery for a lot of people, they envision men in chains, but black women are exponentially [a] higher oppressed and violated group of people just in comparison to the whole world.

“Maybe I didn’t care because I didn’t value the accusers’ stories because they were black women,” Chance said in the extended clip. “Usually, n—-s that get in trouble for sh*t like this on their magnitude of celebrity, it’s light-skinned women or white women. That’s when it’s a big story. I’ve never really seen any pictures of R. Kelly’s accusers.”

Chance, as the AV Club summed it up, said that his original statement didn’t really mean what that one line made it out to be, but according to his later statement, it didn’t matter. Excusing or ignoring R. Kelly’s long list of alleged behavior against black women was unacceptable — period.

“Anyone mentioning that I have black women in my family is deliberately missing the point,” he tweeted. “Regardless of the proximity of beneficial BW in your life, or being black yourself, we are all capable of subconsciously discrediting BW and their stories because its indoctrinated.”