Angelina Jolie let two of her young daughters with Brad Pitt go on a shopping run with a bodyguard playing babysitter. We’ve got details on how Brad is upset by it.

Angelina Jolie is constantly seen accompanying her kids with Brad Pitt on trips to art supply stores to spur their creativity. But she was nowhere in sight when 12-year-old daughter Shiloh and her 10-year-old sister Vivienne went shopping on Jan. 7. Instead a burly bodyguard was playing babysitter to the two girls, just making sure that no one was bothering them. Their father Brad  is upset that his estranged wife would allow bodyguards or other non-parental strangers to oversee their children like that and feels that he should be with his kids, not people they barely know.

“Brad is disappointed he does not get to spend more time raising his own kids. The worst part of the divorce for Brad has not been losing Angelina, but no longer seeing his kids on a daily basis. Brad is upset that he can not have a more hands on role raising his own children and Brad especially does not like it when the kids spend too much time with bodyguards, or other assistants Angelina hires to help and that Brad never gets to meet or approve of. Brad does not like the idea of strangers spending so much time influencing his kids,” a source close to the 55-year-old actor tells HollywoodLife.com EXCLUSIVELY.

It has to be heartbreaking for the father of six to know that his kids spend as much time with their nannies and bodyguards as they do with their own dad. The former couple finally reached a custody agreement in Dec. of 2018 after a deeply contentious battle that spanned over two years. It got so bad that in June of that year a judge threatened to take away Angelina’s primary custody status if she kept messing with the kids’ ability to see and spend time with their dad. 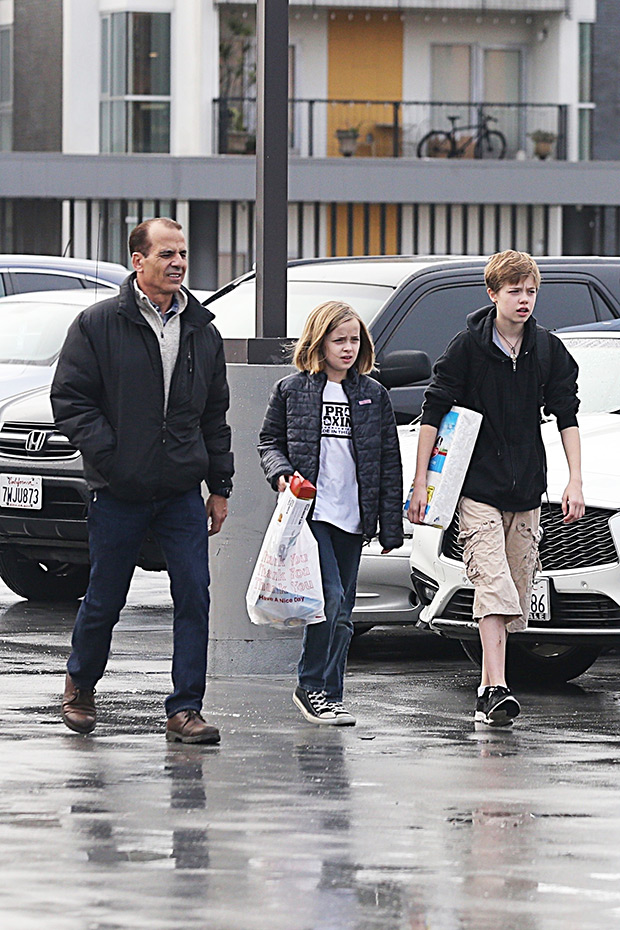 While the terms of the agreement weren’t made public, it’s been reported that eventually Brad will get 50-50 joint custody of Maddox, 17, Pax, 15, Zahara, 13, Shiloh, 12, and twins Knox and Vivienne, 10, but that his increased time with them will come in stages. Until then, he has to watch as Angie lets bodyguards and nannies spend precious one on one time with their children that Brad wishes he could have