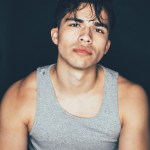 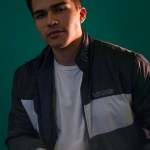 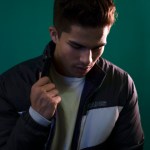 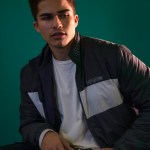 It’s inevitable that as January flies by, and we find our stride in the new year, some of those well-intentioned New Year’s resolutions we’ve carved out for ourselves will fall to the wayside. However, Alex Aiono, 22, is determined to make his stick. “I can almost guarantee that it’s coming true, and that resolution is to release an album!” the LA- based singer tells HollywoodLife. “It was my 2018 resolution and it didn’t come true, and I was actually really sad that it didn’t come true, so I’m going to carry it over to 2019,” he adds. “I’m so particular and I want my first album that I drop to be just nasty, spicy, and you hear it and you’re just like ‘yo!'”

If Alex is looking to conjure up a collection of spicy hits this year, he’s off to a great start! The singer gave his fans the ultimate Christmas gift in the final days of 2018, with his new single, “As You Need.” The internet sensation told HL all about the super personal meaning behind the song’s lyrics. “This is something that’s super personal,” he revealed. The song is one of the singer’s most personal yet for more reasons than one. “I wrote it 100% myself, produced it myself, and it’s just a love song, that was really about kind of the situation that I went through closing out this year. I started hanging out with this girl and I fell super, super hard for her, and she wasn’t ready. I wanted to write it to let her know,” he explains. “Timing is so important to me, if it’s not the right time, its just not the right time. You can’t do anything about it. I let her know that as much as she needed of time, or space, or if she needed somebody to be there for her or whatever, I was going to give her that. So, “As You Need” literally says that in the chorus. It says “if you need time I won’t waste it, if you need space, I’ll be patient.”
Even through heartbreak, Alex’s mind is still on his fans. Sure, the writing process is cathartic for him, but he hopes his music can provide a lesson about what he’s learned first-hand through love. “I wanted to give that to the fans because as I wrote the song, you know, it didn’t end up working with me and her because again, she wasn’t ready, but as I listened more and more to it, I realized it was something I wanted to give to the fans. The fans need to know the level of love there is in the world, because sometimes you’re with somebody, and you’re like ‘man, I’m not happy with you, but I’m worried that there’s nobody better,’ and so I wanted to give this song out, because I’m such a lovey kid and it could be because of my three sisters, or because of the way I was raised, but I wanted to show them that ultimate love is that you would let somebody go in order to help them grow and help them heal. To me, that’s what the song is about.”
So, did Alex’s flame hear the track penned in her honor? “I wrote her the song when we were still a thing. She heard the song,” he says. “I’m just hoping when the fans hear it they don’t go attacking somebody, he says with a laugh. But – he goes on to explain that he never wants to “Taylor Swift” anybody. “It’s all love. It’s always all love. I got no hate in my heart for anybody but you know, it’s good. The best thing for me in my opinion, for my health, what makes me the happiest, is when I’m really truly connecting with the fans. So, when people are like, ‘who’s this song about?’ I’m not going to Taylor Swift nobody…but with the world, if you follow me on Instagram, you’ll know who I wrote it about. I’m not going to scream the name around, but for me, I have to connect with the fans, I have to be personal, I have to let them in on what’s actually happening. I love releasing songs like this.”
As Alex gears up to release his first full-length, fans should keep their eyes peeled. The year, 2019 is bound to be his best year yet, and something tells us that there’s nothing stopping the singer from dropping that “spicy” album he’s promised to deliver!