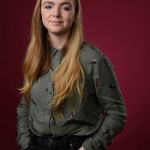 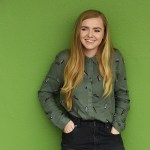 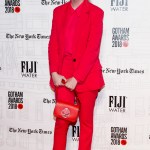 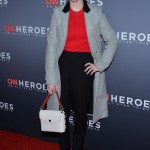 She may win a Golden Globe before she’s old enough to vote. Elsie Fisher has been nominated for her hilarious role in ‘Eighth Grade,’ so get all the details about this young superstar.

Elsie Fisher faces some tough competition during the 76th Golden Globes, but the teenage actress might come out of the Jan. 6 event with the Golden Globe for “Best Actress In A Comedy.” The Eighth Grade star is nominated alongside Emily Blunt (Mary Poppins Returns) Olivia Colman (The Favourite) Charlize Theron (Tully), and Constance Wu (Crazy Rich Asians.) While she wouldn’t be the youngest person to win a Golden Globe, it would be an incredible accomplishment for someone who’s still not old enough to drink. So, who is Elsie?

1. She’s been acting for nearly a decade. Elsie got her first role at the age of 6, landing the part of “Young Bridgette” in a 2009 episode of the show Medium. Since then, she’s appeared in films like Dirty Girl, McFarland, USA and Eighth Grade. She also has a decent resume when it comes to voice acting. She voiced Masha in the English dub of Masha and the Bear, a Russian animated television series.

2. You’ve probably heard her voice before. Even if you haven’t seen Eighth Grade, you might have heard Elsie, especially if you’re a fan of the Minions. Elsie has voiced the character Agnes in all three Despicable Me movies.

“I couldn’t read, so I literally memorized the script by heart,” Elsie told the Los Angeles Times. “They would repeat the lines back to me the way they wanted me to say them, and I would be a parrot.” Clearly, she has a knack for it, as she will also voice the character Parker Needler in the upcoming animated comedy, The Addams Family.

3. She was almost ready to quit acting before she landed the Eighth Grade role. “I was about ready to kick the bucket, in the acting world,” she told Collider in July. “I wasn’t enjoying it as much anymore… I’m in between. I enjoy doing it right now, and I would love to turn into a career, at least right now. I could see myself doing other stuff, though. Right now, I’m really enjoying it, and that’s what matters. I think no matter what, I’ll in the entertainment business, in some aspect.”

4. Filming the role was like going back to school. Elsie had finished up eighth grade a few weeks before she started shooting Eighth Grade so the movie was a huge case of deja-vu. She said it “was very realistic to my own eighth grade. Maybe not in the specific moments that [her character, Kayla] goes through, but the general feelings of being awkward and anxious. That was definitely very true to my own experience. To go through it again felt like a very extended year of 8th grade.”

5. She likes art and Dungeons & Dragons. In addition to acting and comedy, Elsie enjoys drawing. She once had a YouTube channel in where she posted videos of herself digitally drawing the characters from Steven Universe. She’s since deleted it because she didn’t think the drawings were very good, and her classmates spammed the channel with comments. Hopefully, they subscribed to her podcast, The X-Treme D&D Podcast, in which Elsie and her friends play the classic tabletop roleplaying game.