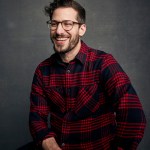 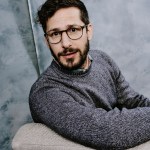 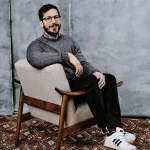 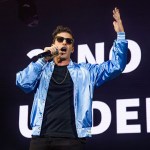 The 2019 Golden Globes might be the funniest ceremony yet, courtesy of Andy Samberg. He and Sandra Oh will host the Jan 6 awards ceremony, so get all the details about this former ‘SNL’ funnyman.

The Golden Globes is always a laugh riot, as it is considered the more relaxed, boozier awards show (compared to the regal Academy Awards and the prestigious Emmy Awards.) The 76th edition of the event, taking place on Jan. 6, could be one of the best of all time. Following Seth Meyers, Jimmy Fallon, Ricky Gervais, and the dynamic duo of Tina Fey and Amy Poehler, former Saturday Night Live star Andy Samberg will join Killing Eve’s Sandra Oh to host the show.

1. He’s best known for his SNL Digital Shorts. Andy Samberg was born in Berkeley, California in 1978. As a child, he discovered Saturday Night Live, sparking an obsession with comedy that would see him join the show as a featured player in 2005. That year, his “Lazy Sunday” skit blew up, becoming one of the show’s first major viral hit in the Internet age. From there, he followed it up with his duet with Justin Timberlake, “D*ck in a Box.” “I’m On A Boat,” the collaboration between his comedy troupe/music group, The Lonely Island, and T-Pain, has racked up more than 100 million views since its publication in 2009. Andy eventually left SNL in 2012.

2. He’s a Golden Globe winner. Andy has starred in movies like Hot Rod, I Love You, Man, and That’s My Boy. He’s also lent his voice to animated movies like Cloudy With a Chance of Meatballs, and the Hotel Transylvania series. Since 2013, he’s been primarily associated with Brooklyn Nine-Nine. His performance as Jake Peralta won him the Golden Globe for Best Actor – Television Series Musical or Comedy in 2014.

3. The Lonely Island helped him find love. Andy married musician Joanna Newson in 2013. The couple welcomed their first daughter in 2017, and this couldn’t have happened if not for his comedy. “Fred Armisen brought him to one of my shows, and I had just been with my band backstage, like an hour before, watching ‘Just 2 Guyz,’ ” she told Seth Meyers in 2016, per Entertainment Weekly.

“He has a tiny part. He plays Steve the c—. So when I met him, he was kinda shy, and I said, ‘Oh my god you’re Steve the c—!’ He always says he saw heart bubbles,” she added.

4. Don’t expect him to come for everyone at the Golden Globes. “I generally am not into getting, like, super mean,” he said when discussing his comedy with Sandra for The Hollywood Reporter. “There are times where I’ll be like, “Wow, that’s a funny joke, but it’s very much at someone’s expense and it’s not worth it.” There are certain people where you can give them the business and everyone’s just like, “Yeah, that’s a fair hit.” And it also depends who’s saying the joke.

“I think people were generally pretty down with Amy and Tina doing their [George] Clooney or James Cameron jokes — and they were also just really funny. I don’t know that necessarily anyone wants to hear me say that joke,” he added. The two have also said that they will likely avoid talking too much about Donald Trump during the broadcast.

5. He has (kinda) hosted with Sandra before. Sandra and Andy teamed up for the 2018 Emmy Awards to present the award for Outstanding Directing for a Comedy Series. The two were one of the highlights of the night, as they mocked the La La Land debacle at the 89th Academy Awards. Will the two have similar chemistry during tonight’s show? There’s only one way to find out.