WOW! Julia Roberts completely blew us away when she showed up to the Golden Globe Awards on Jan. 6, looking absolutely incredible in her outfit on the red carpet. Check it out here!

Julia Roberts, 51, was an absolute vision when she showed up to the 2019 Golden Globes. The veteran actress is no stranger to red carpets, and she shone brighter than ever this time around. For the high-profile show, Julia wore a pantsuit, which featured skintight black pants with a tan top and train. The ensemble showed off her incredible figure to perfection, and Julia looked half her age with her ageless beauty look. She wore her hair swept to the side in curls to complete the look, and she was beyond stunning!

At this year’s Golden Globes, Julia is nominated for Best Actress in a Television Series Drama for her role in Homecoming. This was Julia’s first main role in a television series, and it speaks to her incredible talent as an actress that she’s up for such an incredible honor! Of course, taking home the trophy will be no easy feat — Julia has legit competition! Her fellow nominees are: Caitriona Balfe for Outlander, Elisabeth Moss for The Handmaid’s Tale, Sandra Oh for Killing Eve and Keri Russell for The Americans. What an incredible group of women! 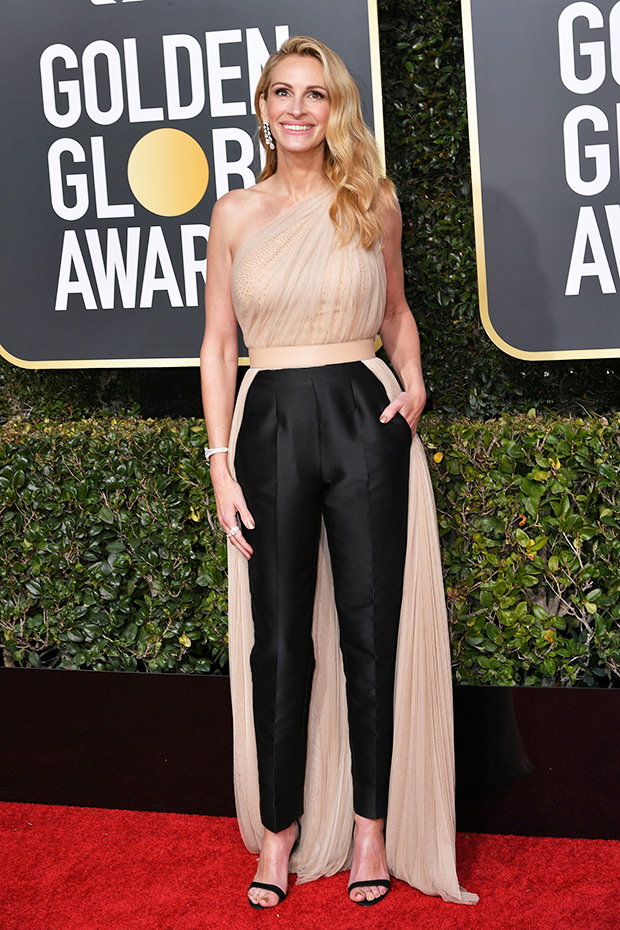 The 2019 Golden Globes are hosted by Sandra Oh and Andy Samberg, and there are tons of A-List stars confirmed to attend. Needless to say, Julia will be in great company!