Ain’t nothing scary about it! Jamie Lee Curtis is looking her best at the Golden Globes, showing off a brand new, platinum crop that we’re dying over!

Jamie Lee Curtis is starting off 2019 with a new hairdo, and we’re loving it! The Halloween actress stunned early on the Golden Globes red carpet rocking an all-white ensemble, that showed off her perfect figure at 60 years old! We want to be forever young, just like Jamie Lee! Not only did her embellished, high-slit gown standout, but also Jamie Lee debuted a fresh, new color job on her iconic pixie cut and it’s gorgeous! The actress’s platinum hair immediately caught our eye, reminding us of the always-perfect hair of Dame Judy Dench. She added some extra frosting with crystal flower studs.

It’s no surprise Jamie Lee is going in to 2019 better than ever, as her 2018 was her year of revenge! The Freaky Friday star celebrated the 40th anniversary of her cult-favorite film Halloween with another installment in the franchise! The film was a huge hit in the box office, as the best-ever opening for a film starring a lead actress over 55 years old and the third-highest ever for an R-rated horror film. While she is not nominated for any Golden Globes this evening, she is a two-time GG winner and 7-time nominee! 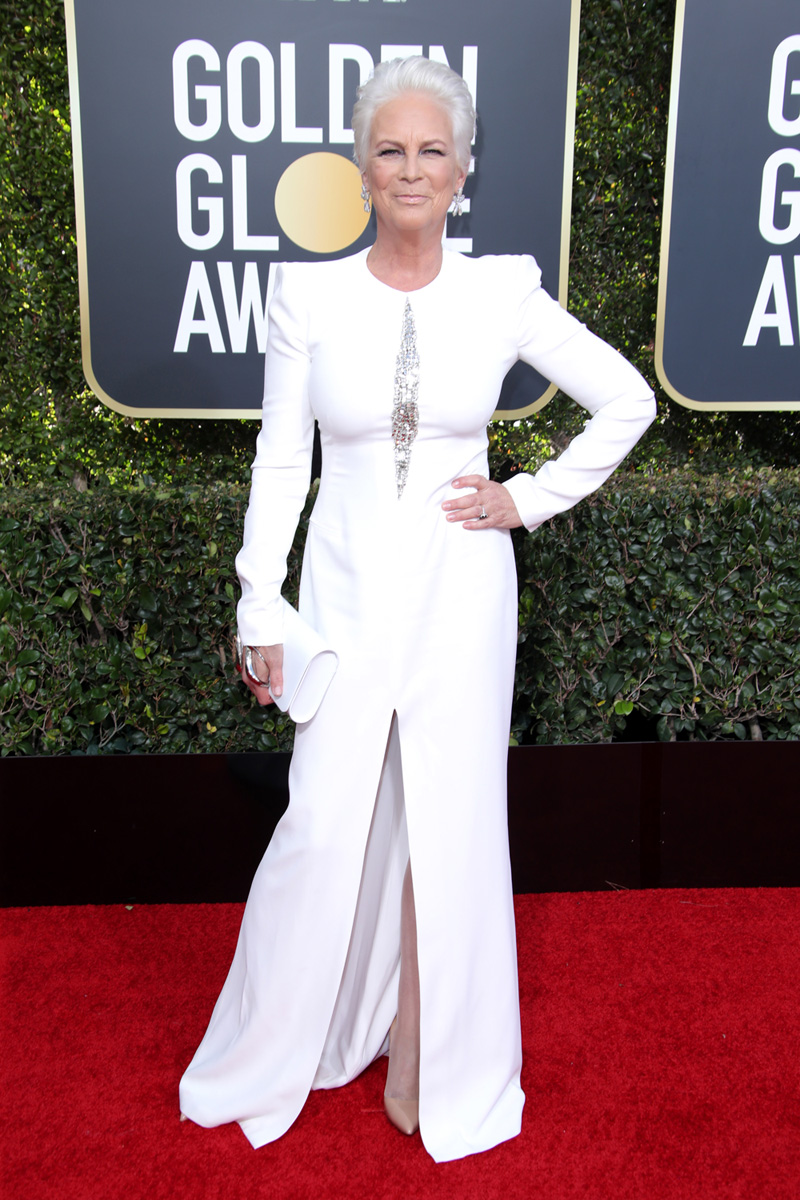 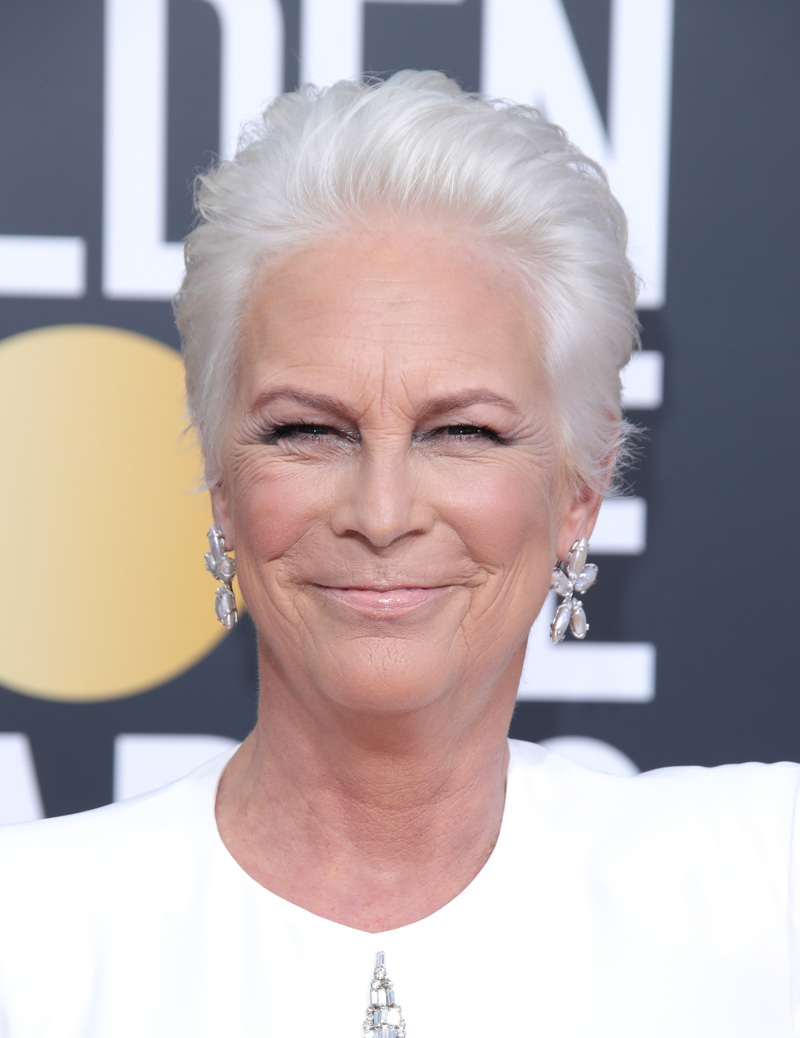 In a recent interview with Good Housekeeping, Jamie Lee opened up about her secret to staying happy and successful, and it’s advice we all can live by! “I have a big secret: I don’t look in the mirror. I’m a 60-year-old woman. I am not going to look the same as I used to, and I don’t want to be confronted by that every day!” She candidly admitted. “When I get out of the shower, I have a choice: I can dry myself off looking in the mirror, or I can dry myself off with my back to it. I turn my back to the mirror, and I feel great! I don’t want women to hate themselves, because I think women are extraordinary.”