Claire Foy totally slayed on the 2019 Golden Globes red carpet in a look we won’t soon forget. ‘The Crown’ and ‘First Man’ star looked absolutely stunning in a yellow dress.

Claire Foy, 34, went for a golden look at the 2019 Golden Globes and totally rocked it! The British actress and Golden Globe winner hit the red carpet in a stunning yellow dress with gorgeous sequin detailing. The look gave off major Old Hollywood vibes. Her short hair was swept back, and she made her look pop with a dark lip. Claire wore a Time’s Up ribbon on her wrist to show support for the movement. 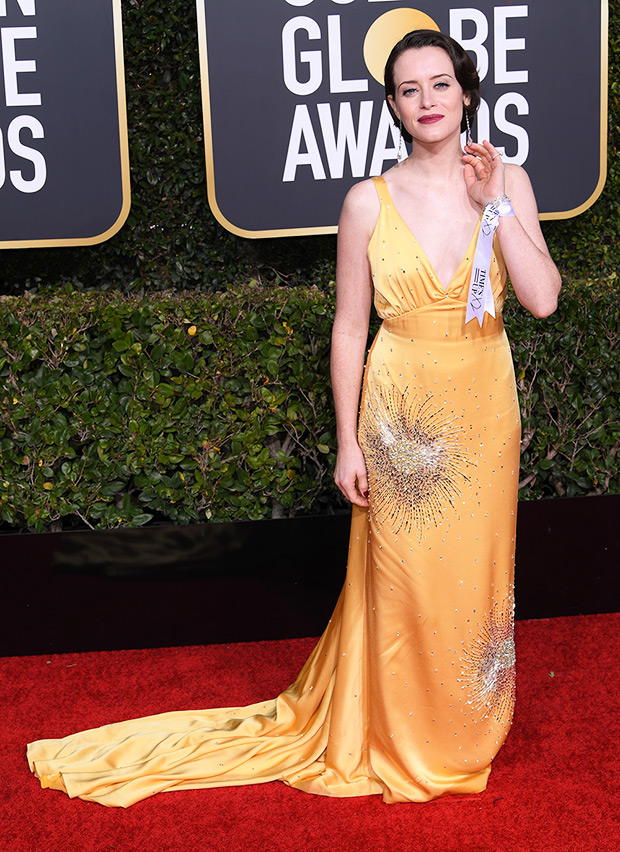 The day before the Golden Globes, Claire wowed at the BAFTA Tea Party in a champagne satin dress. She attended the event with her sister Gemma Foy. Claire always brings her fashion A-game to red carpet events. At the 2018 Golden Globes, Claire stunned in a chic black suit. She wore black to the Globes to support the Time’s Up movement. For the 2018 Evening Standard Theatre Awards, Claire dazzled in a beautiful black and white lace dress.