Stunning! Amber Heard did not disappoint when she showed up to the 2019 Golden Globes. Check out photos of her gorgeous look here.

Amber Heard attended the 2019 Golden Globe Awards as a presenter, and she looked absolutely stunning when she walked the red carpet. The actress showed up in a strapless black and white gown, which put her cleavage on full display and showed off her figure to perfection. The bottom of her dress was a ballgown style, which made Ambre look like an absolute princess as she posed for photos. She completed the look with her hair in a curly updo, which gave an old Hollywood vibe to the ensemble. Amber also wore earrings by Amwaj, Hanut Singh, Marli New York and Marco Bicego, as well as a bracelet by Ame. Gorgeous!

Even thought Amber wasn’t nominated at this year’s Globes, she was part of one of the year’s most buzzed-about movies. Amber was the leading ladies in Aquaman, which was one of 2018’s most talked about movies. Amber played Mera in the Aquaman film, who is Arthur Curry’s love interest. In 2019, Amber is set to star in Gully, so there’s plenty to come from her in the coming months!

The 2019 Golden Globes are hosted by Sandra Oh and Andy Samberg, with plenty of A-list stars confirmed to attend. Among the stars set to show up are Lady Gaga, Bradley Cooper, Rachel Brosnahan and plenty more. Clearly, it’s going to be an amazing night! 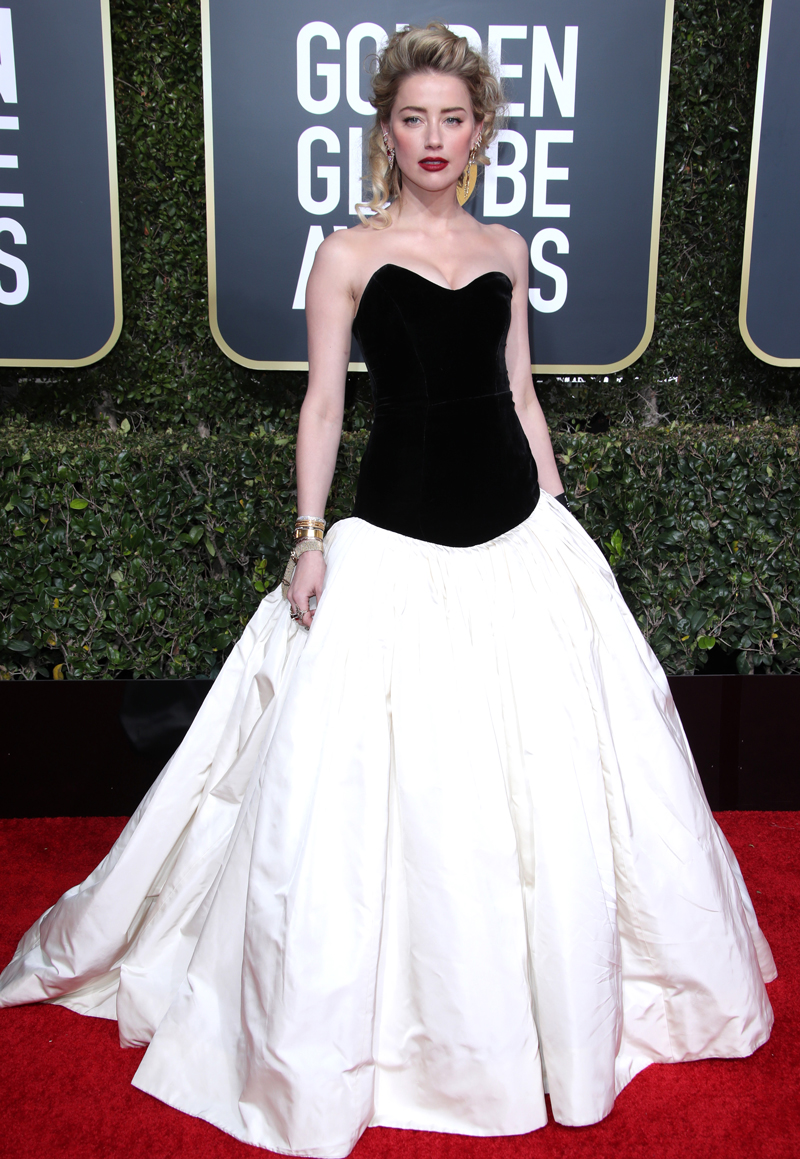 The Golden Globes are airing on NBC at 8:00 p.m. With the night honoring television AND movies, there’s plenty of fun to come!