Tiffany Trump has had a hunky boyfriend she met in Greece last summer and now he’s both White House and Instagram official! The 25-year-old first daughter posted a photo to Instagram alongside handsome Michael Boulos on Jan. 4, even though it was taken nearly a month prior. In it the couple is standing in front of a brightly lit Christmas tree in the White House’s Red Room, and both are smartly dressed. Tiffany posted a photo in the same spot wearing the same gorgeous black dress without Michael on Dec. 13, so she’s just now making their relationship public after months of low-key dating.

The pair reportedly met at Lindsay Lohan‘s beach club on the Greek island of Mykonos in the summer of 2018, a source tells PEOPLE. An insider revealed to Page Six in November that the couple was lying low and not ready to go public yet. “Tiffany is happy she has so far been able to keep things with Michael under the radar. But she introduced him to her family at Thanksgiving, and he comes across as a very intelligent young man from a great family,” the site reported.

Michael is of Lebanese decent but grew up in Lagos, Nigeria, where his family has several wildly successful business enterprises. They own a massive company, SCOA Nigeria, that trades vehicles, equipment, retail, and construction. They also founded Boulos Enterprises. While his Instagram is set to private, Michael describes himself as working in “Project Management Finance and Risk” and that he attended the City University of London where he currently resides. Hey, when you both come from extremely wealthy families, having a long distance relationship with someone an ocean away isn’t all that hard. 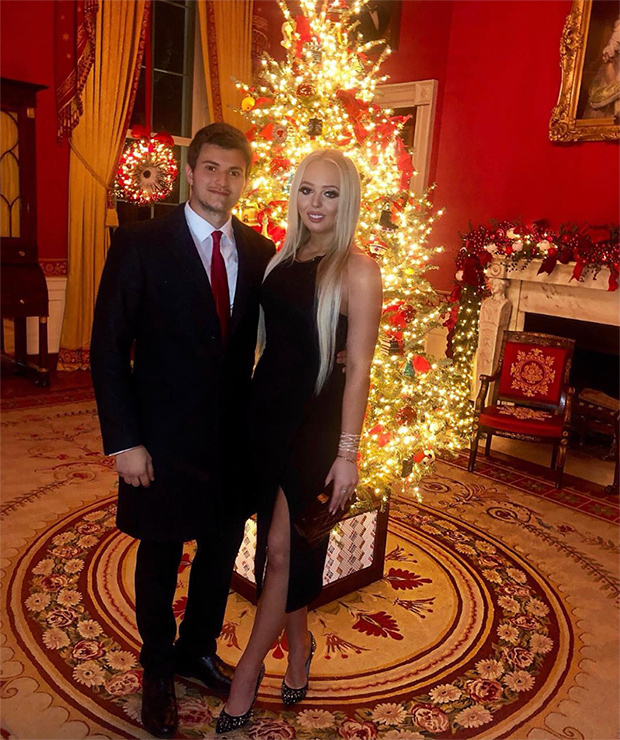 This is Tiffany’s first serious boyfriend since she broke up with college sweetheart Ross Mechanic after two years together in the fall of 2017. The split was reportedly “cordial” and mainly due to the fact that President Donald Trump‘s daughter was starting law school at Georgetown University in Washington D.C. while data engineer Ross was based in NYC. Now she’s one smitten kitten with her hunky new beau.