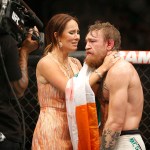 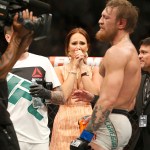 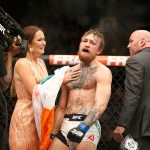 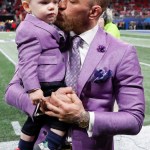 A year and a half after Conor McGregor’s girlfriend Dee Devlin gave birth to their son, the couple welcomed another little one. Congrats!

Conor McGregor, 30, and Dee Devlin, 31, clearly aren’t wasting any time in growing their family! The MMA fighter and his girlfriend just announced that they’d welcomed their second child in a sweet Jan. 4 Instagram post. “Heading home with my two healthy babies and an energized and healthy SuperMam,” Conor wrote. “2019 is off to the best start! Thank you for the well wishes everybody!” In the pic, Conor’s back was to the camera as he walked through the hospital with a baby carrier in one hand and his son Conor Jr.‘s hand in the other. Dee hasn’t posted anything to social media yet, but we’re sure she will soon!

These two have been dating since 2008 and welcomed their oldest in May 2017 — but kept their second pregnancy very hush-hush. Even when Dee made their announcement in July, she only hinted at what was to come. “Happy 30th birthday babe!” she captioned a pic of Conor relaxing on a boat in a white robe. “Thank you for being you! Love you to bits from me, Conor jr and the bump.” See how sneaky that is? And now, six months later, she and her boyfriend are taking their healthy little one home. Jury’s still out on the sex and the name, though!

But one thing is for sure! Conor and Dee’s second child is going to be too cute, if their toddler is anything to go by. 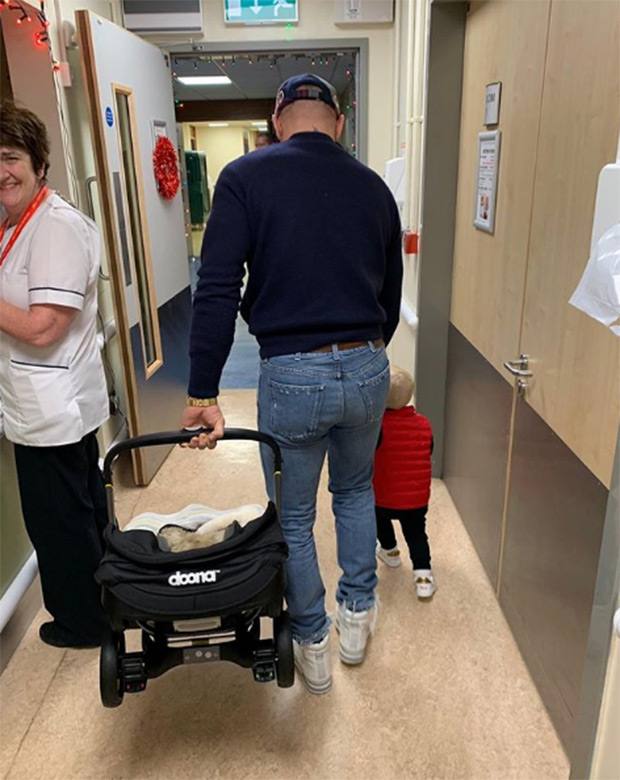 Who could forget the time Conor Jr. stole hearts everywhere when he strutted across the stage before his dads October UFC return? He waddled in front of the cameras in a white tee, Velcro sneakers and patterned sweatpants. It looks like he’s kept up a similar style, welcoming his little sibling in a red vest, black jeans and tennis shoes.

We can’t wait to see an updated family pic and can’t say congrats enough to this growing family!