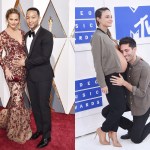 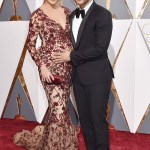 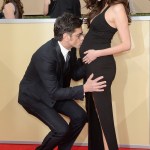 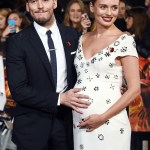 Back when they were expecting, these celebs were so excited to be dads that they couldn’t keep their hands off of their S.O.’s baby bumps! See the adorable pics for yourself.

When it comes to celebrity pregnancies, moms tend to get all the attention from roundups of their maternity fashion to questions about their cravings — but they aren’t the only ones on the brink of a major milestone. Their bodies may not be changing, but dads-to-be are about to experience fatherhood, and some show their excitement by proudly showing off their partner’s baby bumps. Take Offset, 27, for example. The rapper did this multiple times before he and Cardi B, 26, welcomed their daughter Kulture in July. From wrapping his hands around her belly for some Bronx Fairtyale baby shower photo opps to falling asleep with his head on her stomach, Offset was all about his girlfriend’s bump.

Tristan Thompson, 27, was the same way back when Khloe Kardashian, 34, still had True Thompson, eight months, in her belly. After she announced that she was expecting, the mom-to-be was photographed multiple times with her hands proudly wrapped around her baby bump. And since Tristan posed the same way with her a couple of times, it’s clear he was just as pumped about being a dad. But he and Offset aren’t the only fathers in Hollywood who have displayed their fetus affection in this way.

John Legend, 40, announced that he and Chrissy Teigen, 33, were expecting the first time around with a pic of him resting a hand on his wife’s tiny bump. He followed this up with a gorgeous Oscars red carpet appearance where he lovingly cradled her tummy. Aw!

So take a look at the gallery above to see more dads showing some baby bump love with their partners! From Tyler Baltierra to Marc Daly, the pics are too cute!