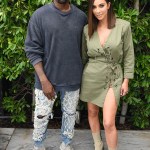 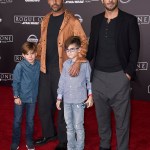 Struggling with infertility doesn’t mean that celebs can’t be parents! From IVF to adoption, there are so many options — but here’s why these famous pairs chose the surrogacy route!

Surrogacy has been taking Hollywood by storm lately! Not only are Kim Kardashian, 38, and Kanye West, 41, reportedly expecting their fourth child via a surrogate for the second time, but Andy Cohen, 50, is also using the same method to welcome his first baby. The little one is coming in a few weeks, while Kim and Kanye’s newborn is rumored to be arriving in May. But this practice isn’t anything new for celebs who can’t get pregnant on their own. Kim has even done this before! Recall that after she carried North West, 5, and Saint West, 3, herself, the Keeping Up With the Kardashians stars used a surrogate to welcome Chicago West, 11 months, back in 2017. She allegedly won’t be hiring the same woman this time around, and is expecting a baby boy.

While it seems like surrogates have been helping celebs grow their families more and more often these days, it has been a popular option for a long time. Whether male stars like Neil Patrick Harris, 45, or Matt Bomer, 41, can’t have kids with their partners, or leading ladies are facing infertility struggles like Tyra Banks, 45, or Jordana Brewster, 38, hiring help is the perfect solution. Gabrielle Union, 46, and Dwyane Wade, 36, were the most recent famous pair to go the surrogacy route after the actress suffered from nearly ten miscarriages, but they didn’t make a pregnancy announcement beforehand. In facts, fans had absolutely no idea that the couple was expecting until they posted a picture from their delivery room with their baby girl Kaavia James in their arms.

So take a look at the gallery above for more celebs who have had surrogates carry their kids — there are so many! — and find out why.