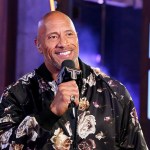 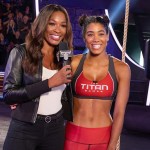 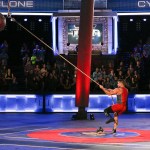 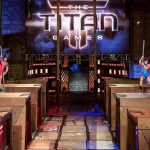 Dwayne ‘The Rock’ Johnson is back on TV with a new show! ‘The Titan Games’ is his all-new competition series that premieres Jan. 3. Here’s everything you need to know about his epic series!

If you’re looking for an inspiration show to watch, The Titan Games is going to be that show for you. Actor/athlete/producer/motivator extraordinaire Dwayne “The Rock” Johnson is at the helm of this uplifting and intense competition series. The Titan Games is all about strength, hard work, and determination. You’ve never seen a show quite like this before. Before watching, check out these 5 key things to know about the show.

1. Dwayne is the host and helped come up with the challenges. The host and executive producer was “very involved and very helpful, especially in coming up with the challenges,” executive producer Arthur Smith told The Wrap. Dwayne is extremely dedicated to a health and fitness regime. He chronicles his health and fitness journey on Instagram frequently. Arthur added: “One of the things we wanted to make sure was that to be a Titan, you have to be a great all-around athlete. Strength is vital, but if you are just strong then you won’t win. So a lot of it was inspired by the type of workouts that Dwayne does and it’s a subject he knows a lot about.”

2. The competitors will compete for an amazing title and a grand prize. They’ll push their bodies to the limit by battling opponents in intense head-to-head challenges. The winners will advance to the challenge of Mt. Olympus, the ultimate athletic test of speed, strength, agility, and endurance. The male and female competitors who conquer Mt. Olympus will be named a Titan. Those Titans will then battle each other. One woman and one man will be crowned Titan Champions. They’ll also win a grand prize of $100,000.

4. Dwayne personally chose the competitors and called them himself! The actor posted a video on Instagram of his amazing phone calls to the competitors. He revealed that over 100,000 athletes across the country applied, and he chose 64 to compete.

5. There will be a slight time slot shift after the premiere. The Titan Games will debut with a two-hour premiere on Jan. 3 from 8 to 10 p.m. For the remaining 9 episodes, the show will air 8 to 9 p.m. on Thursdays.