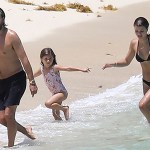 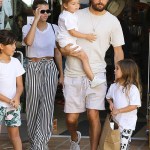 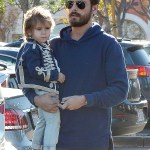 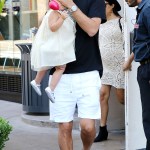 Scott Disick is under fire for a pic of daughter Penelope making a face that some commenters have accused of being racist. See the pic and their angry responses here.

Scott Disick messed up. The Keeping Up With The Kardashians star, 35, posted a pic of himself out to dinner with his six-year-old daughter Penelope, 6, on January 2, which he captioned, “Best first date of 2019!” So what’s the problem? The father-daughter duo are at Nobu, an Asian restaurant in Los Angeles… and P’s holding her eyes open in a manner that fans on Instagram are saying is racist. You can see the pic below for yourself. Unsurprisingly, his fans are calling him out in the comments for the questionable content.

“Why is Penelope being racist af” one commenter wrote, with another replying, “Why does your comment not have more likes, like I was wondering the same this as you. Everyone out here praising Scott and talking about his kid being cute which I mean she is but like???” Another fan wrote, “Better teach you kid not to make eye thing with chopsticks.” While some commenters defended Scott, one person wrote in response, “I’m Asian thanks for noticing her behavior and it felt like it was a setup to mock Asians regardless of how it was done. Nice moves Assclown chopstick Scott!” They’re not messing around!

There is also a passionate fraction of commenters who insisted that Scott’s photo wasn’t racist, that it merely captured Penelope making a funny face — as six-year-olds tend to do. As one person succinctly put it, “holy sh*t it’s a child calm down.” Others compared her face to the new horror movie Bird Box. You know what they mean! The scenes where infected people forced others to take off their blindfolds and stare at the monsters. Regardless of intent, the photo was taken in an Asian restaurant, and offended people. That’s the important part.

HollywoodLife reached out to Scott’s rep for comment about the photo, but did not immediately hear back.