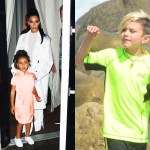 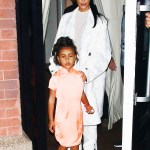 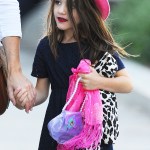 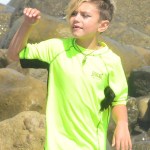 They may be little, but their beauty looks are already on point! These famous children have followed in their mom’s footsteps — or at least tried to. See their makeup attempts here!

Celebrity kids are just like us — and when it comes to the temptation to mess with mom’s makeup, they aren’t immune! In fact, so many famous little ones have been stealing the spotlight from their parents with hilarious, and oftentimes impressive, beauty looks. Take North West, 5, for instance. Kim Kardashian, 38, has been under fire for letting her oldest experiment with makeup, but she loves putting it on her mom just as much as she likes wearing it herself! She recently broke out a tube of red lipstick for her family’s Christmas Eve party, adding a pop of color to her all black outfit. Such a cute touch for the special occasion! She has also tried out orange eyeshadow in the past to match one of her dresses.

But North isn’t the only munchkin to try her hand at makeup at a young age. Suri Cruise, 12, caused quite the controversy in 2011 when she went out for an NYC walk with her momma wearing a pink hat and matching lipstick. She looked so sassy with her scarf, eyelet dress and silver flats. Sometimes it’s fun to play a little dress up, right? Blue Ivy, 6, can definitely relate! Who could forget the time Beyonce, 37, posted a pic of her daughter getting all glammed up like her mom? Not only did Blue have colorful rhinestones dotting her face as she applied red lipstick, but she had also clearly swiped on some messy black eyeliner beforehand. Adorable!

So take a look at the gallery above for more celebrity mini-mes who have messed around with makeup. From Gwen Stefani‘s son Kingston, 12, to Jessica Simpson‘s daughter, 6, some of the stars are pretty talented. Who knows, maybe they’ve got makeup in their future?