Jon Gosselin is celebrating the holidays with two special family members — his kids! Not only did he spend NYE with Collin after winning his custody battle, but Hannah was there as well. Take a look!

There’s no better way to start a new year than with the ones you love, and Jon Gosselin, 41, got a double dose of that when he celebrated with two of his kids! The former reality star spent New Year’s Eve with two of his sextuplets, son Collin and daughter Hannah, 14. Jon marked the moment with a couple of sweet social media pics. “HAPPY NEW YEAR!!!” the father of eight captioned his Jan. 1 post. “2019 Here we come!!!” In the sweet family shots, Jon was all smiles with his little ones, as well as his girlfriend Colleen Conrad and their dog. Hannah and Collin looked happy as could be, too! Jon’s daughter was rocking a strapless red crop top with French braids, and her brother grinned in a white tee.

It’s amazing to see these Gosselin family members ringing in the New Year together — especially since they have so much to be excited about in 2019! Although Jon already had custody of his daughter Hannah in 2018, Jon won custody of Collin at the end of the year when his ex Kate Gosselin, 43, didn’t show up to court. So when his son was released from the inpatient center he’d been staying in, he headed to Jon’s house. But New Year’s Eve isn’t the first major holiday they’ve celebrated together since his return!

Recall Jon shared a sweet shot of his two children, as well as Colleen’s two kids Jesse and Jordan, posing in front of their Christmas tree on Dec. 25. “Merry Christmas and Happy Holidays from our family to yours!!!” he wrote. Aw! 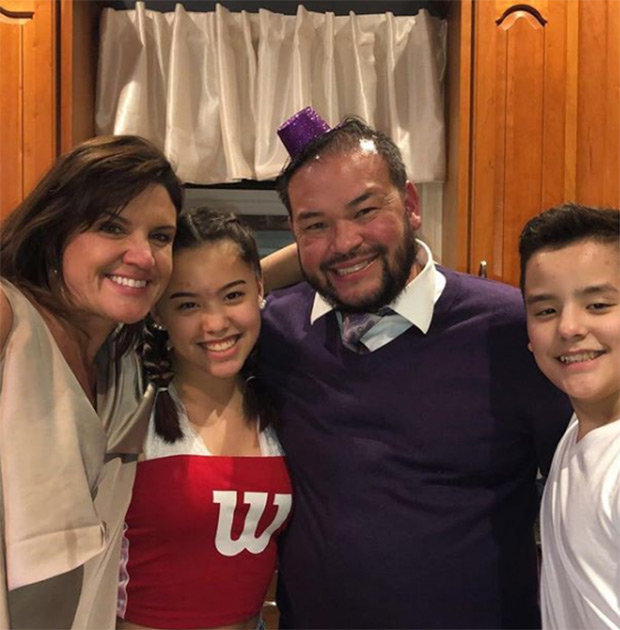 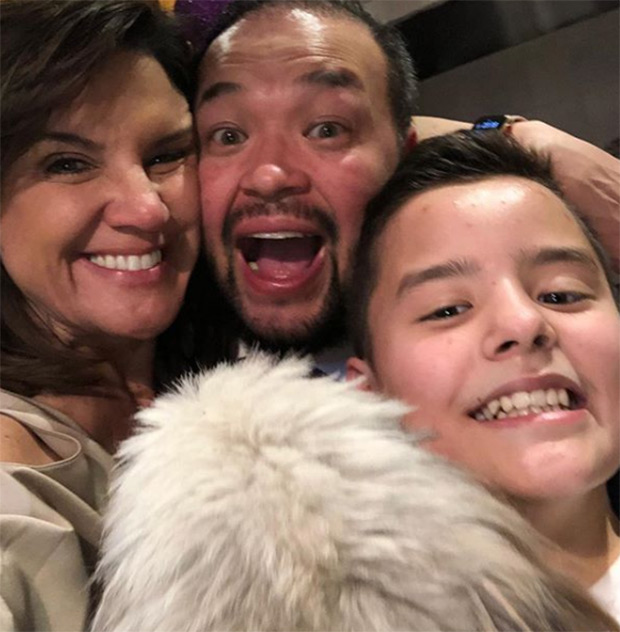 While Kate hasn’t posted any pictures of her holiday festivities with the rest of the Gosselin brood, it’s safe to assume she spent Christmas and New Year’s with Mady and Cara, 18, Aaden, Leah, Alexis and Joel, 14.