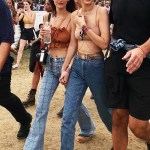 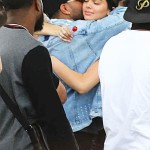 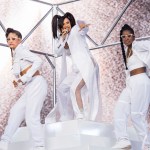 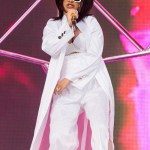 After a challenging 2018, Ariana Grande is kicking off the new year in a big way. She’s just been announced as one of the three headlining acts for Coachella 2019 and we’ve got the lineup.

Just two days into the new year and already Ariana Grande is on her way to owning 2019. The singer is making her Coachella solo debut and doing it as the Sunday night headliner! She’ll take over the main stage on April 14 and 21, as the festival announced its 2019 lineup on Jan. 2. There’s something for everyone this year as Childish Gambino — a.k.a. Donald Glover‘s musical alter ego — headlines the Friday night show while Australian indie rock darlings Tame Impala will headline the big Saturday spot. The festival kicks off April 12 in Indio, CA and the lineup for 2019 is one of the best and most diverse musically in years.

This is how varied the 2019 Cochella lineup is. On the night Ari headlines, the acts on her night include singer Khalid and EDM sensation Zedd, Puerto Rican Latin trap star Bad Bunny, Moombahton DJ Dillon Francis and Scottish indie pop band Chvrches. Yeah, like we said…something for everyone. Even the headliners each night are from completely different genres. Ariana took to Instagram after the announcement to post the lineup and wrote “humbled and excited as all hell @coachella thank u.”

Fans are already going nuts over the festival’s lineup announcement on Twitter. “This Coachella lineup is already my favorite hands down. I actually can’t f**kin believe it,” one person wrote while another tweeted “Comin in hot to @coachella baby!!!!” “She really went From special guest to a HEADLINER for Coachella growth,” referring to Ari’s first Coachella appearance, where she showed up during Kygo‘s April 21, 2018 set to perform her then-new single “No Tears Left To Cry.”

Arianators have already dubbed this year’s festival “#ARICHELLA.” One fan wrote “Another day, another Ariana win. #ARICHELLA.” Sadly the ticket costs are astronomical for many of her fans, as Coachella only sells the entire weekend package and doesn’t allow for purchasing just one night of a show. “We’re all quaking #ARICHELLA! as if we can afford the tickets though,” one person lamented and another tweeted “I need money and friends to go to #ARICHELLA with me.”

Ari had a challenging 2018. She had a four-month whirlwind engagement to Saturday Night Live star Pete Davidson go down in flames in October. The month prior her “angel” and former boyfriend Mac Miller died from a drug overdose. She recently had to pull out of a scheduled New Year’s Eve performance in Las Vegas at the last minute due to illness. But two days into 2019 and things are already looking up!