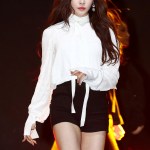 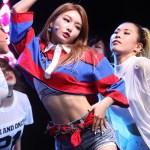 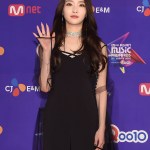 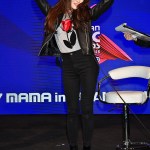 Two days into 2019, and Chungha has already blessed fans with a new music video! Fans are obsessed with ‘Gotta Go.’ Take a look at the stunning video here!

Her solo single is here! Chungha, 22, released her “Gotta Go” music video on Jan. 2, which features the former I.O.I. member showing off her dance moves in a black sequined gown and a high ponytail — and fans are loving it! Not only does the K-pop star look stunning as she sings about having to leave a party at midnight after dancing with a handsome stranger, but the song is simply so catchy. “It’s definitely the way I imagined it when she was announced to have a solo debut for the very first time,” one fan wrote. “I mean, why don’t you know is also a good song, but THIS one takes the cake.”

Recall the singer, who left I.O.I. in 2017 when the South Korean group disbanded, released her solo debut that same year called Hands on Me with the title track “Why Don’t You Know.” Her next EP Offset was released in January 2018 with Rollercoaster — and now she has blessed fans with this single at the start of another new year. We’re noticing a pattern here! The exciting release of “Gotta Go” comes less than a month after Chungha collaborated with Yesung, 34, on the song “Watcha Doin.” The music video for that was released on Dec. 16. She is so busy — how does she do it?

Fans have been freaking over “Gotta Go” ever since it dropped. One put it perfectly, writing, “Chungha really snapped what the f*ck. I’m in love with this song. Listen to gotta go for clear skin and good grades.” LOL!

stream gotta go by chungha , it's an absolute bop . it won't disappoint you ! #CHUNGHA_COMEBACK pic.twitter.com/xMQgH0D6jw

OMG OMG OMG THIS IS PERFECT I DON'T KNOW HOW DESCRIBE THIS PERFECTION SNSKDBJDHD THE HIGHNOTE,THE DANCE,THE VISUAL AJJSBSJSBDHDVDH ALL STREAM GOTTA GO BY CHUNGHA pic.twitter.com/fMQcqCC4WF

We can’t wait to see what else is in star for this South Korean singer as she keeps slaying her solo career. Chungha is on a roll — what’s next? But until then, kick off 2019 by listening to “Gotta Go.” It won’t disappoint!