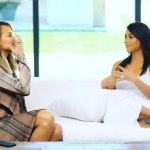 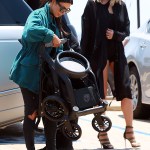 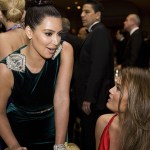 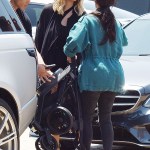 Apparently Kim Kardashian was one of the last people to watch Netflix’s record-breaking film ‘Bird Box,’ & Chrissy Teigen isn’t letting her live it down. See her hysterical tweet!

Chrissy Teigen, 33, is the queen of Twitter roasts, and even her own friends can’t catch a break. When Kim Kardashian, 38, hit up social media on Jan. 1 to share her thoughts on Netflix’s Bird Box, Chrissy pointed out that she was a little late to the game! “Watching BirdBox. I really like it. Who has seen it?” Kim wrote to her followers. Chrissy proceeded to hit Kim with one of her infamous sarcastic remarks. “Kimberly like everyone in the entire world,” she wrote in reply. So much shade!

Kim’s fans didn’t let her off easy either, and they joined Chrissy in poking fun at her. “She’s a year late lol. That movie rocks,” one fan wrote. “She just got her Netflix back,” another joked. “She is a little late to the party,” yet another fan agreed. The one thing they all agreed on? Chrissy’s tweet was beyond hilarious. “I’m actually crying this made me laugh so hard,” one fan even wrote.

It seems like the internet cannot stop chattering about Bird Box, and Netflix revealed that over 45 million accounts watched the horror flick in its first week, marking a record breaking debut! HollywoodLife EXCLUSIVELY learned how the film’s leading lady, Sandra Bullock, 54, feels about its massive success. “Sandra loved the script, and as soon as she read it she knew she wanted to make the movie. But, she didn’t envision it being quite as huge as it has been,” a source close to the actress shares. “Sandra loved that this role really took her out of her comfort zone, and pushed her abilities as an actress,” the insider admits, adding that she doesn’t get caught up in all the “glitz and glamour” of Hollywood. “She accepts that it goes hand in hand with acting and producing, but she sees it as a necessary evil rather than something she enjoys.

Kim for the last week…. pic.twitter.com/DSXnSE8cZc

Clearly, Chrissy is saying what everyone is thinking here, so kudos to her for being brave enough to say it! We’ll forgive Kim for being late to the Bird Box party though – she is one busy lady!