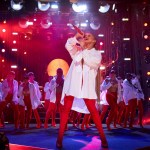 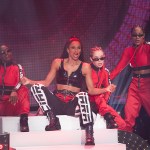 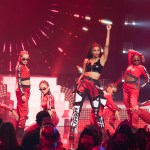 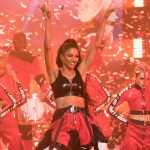 Shawn Mendes is kicking off 2019 on the right note! He gave incredible performances of ‘Lost In Japan’ and ‘In My Blood’ at ‘Dick Clark’s New Year’s Rockin’ Eve’ 2019 .

Shawn Mendes, 20, just proved he has the voice of an angel, thanks to his appearance on Dick Clark’s New Year’s Rockin’ Eve With Ryan Seacrest 2019. The singer pulled out performances of “Lost In Japan” and “In My Blood” before the clock struck midnight, and the videos will instantly capture your heart! With his signature smooth vocals, and undeniable charm, Shawn had the whole crowd going wild. He strummed his acoustic guitar for one song and his electric guitar for the other and looked as handsome as could be in a black shirt and pants as he smiled and sang his heart out to audience members.

Shawn’s performance was streamed from the west coast, where the singer was joined by the likes of Dua Lipa, Charlie Puth, and Camila Cabello. Over on the east coast, the party kept on rolling, and included performances from Bastille, Dan + Shay and New Kids On The Block. Christina Aguilera served as the night’s headliner, being the last one to take the stage.

2018 has been one wild ride for Shawn, and 2019 is about to get even better! The singer is embarking on The Shawn Mendes Tour starting in the spring, and it looks like it’s going to be epic. The tour starts on March 7, 2019 in Amsterdam, NL and ends November 9, 2019 with a last show in Auckland, NZ. In between those dates are dozens of glorious shows in Europe, North America, and Australia!

It just isn't in our blood to ever miss a @shawnmendes performance, especially on the #RockinEve stage! 🎉 pic.twitter.com/lVV6biLLoH

Shawn’s performances were every bit as great as we hoped for! What a way to start celebrating the biggest night of the year!