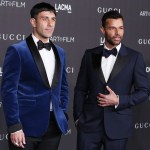 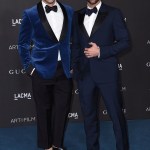 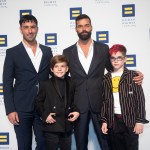 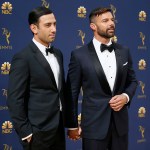 Ricky Martin and Jwan Yosef are officially the parents of an adorable baby girl! We’ve got all the details on their exciting news!

Say hello to Lucía Martin-Yosef! Ricky Martin, 47, and Jwan Yosef, 34, announced on December 31 that they’re now the fathers of a beautiful baby girl. The exciting news came as a shock to Ricky’s fans, as neither Ricky nor Jwan ever said they were expecting a child! Ricky introduced Lucia with an adorable pic on Instagram that showed her in a pink onesie, her teensy tiny hands being held by her proud father. Ricky captioned the pic, in both Spanish and English, “We are excited to announce that we have become parents of a beautiful and healthy girl whom we have named Lucia Martin-Yosef. This has undoubtedly been a unique birthday and celebration of Christmas in our lives. Both his brothers and Jwan and I are completely in love with our baby and grateful to be able to start this 2019 with the best gift we could receive, the gift of life.”

Lucia is Ricky’s third child and Jwan’s first. Ricky has two sons that he’s raising with Jwan: 10-year-old twins Valentino and Matteo Martin. What joyous news for the entire family! Jwan posted the same pic of Little Lucia on his own Instagram, captioning it with a big, red heart, and, “We are beyond happy to announce that we have become parents to a beautiful and healthy baby girl, Lucia Martin-Yosef. It has been a special time for us and we cant wait to see where this stellar baby will take us. Both her beautiful brothers and me and Ricky have fallen in love with Lucia.”

While the news of Lucia’s birth was a shock to fans, we really shouldn’t be all that surprised, considering Ricky and Jwan tied the knot without telling anyone almost a year ago! Later that month, Ricky hinted that babies could be on the way. “I want four more pairs of twins. I would love to have a big family, but there’s a lot going on at this moment, a lot of work, wedding,” he said on the Golden Globes red carpet. “It’s a lot going on so we’re going to put things in order first and then we are going to get ready for many more kids.”

We’re so happy for Ricky, Jwan, and the boys! While they kept the news about their baby girl secret, we’re hoping they share tons of pics and posts about Lucia going forward!