Rebel Wilson needs a vacation – from her vacation! Her skiing trip went horribly wrong, as she ‘lost feeling’ in her foot while out on the slopes and needed help after getting ‘lost’ on a giant mountain!

“Alright, guys. I’m lost on the mountain, but I’m going to make it… This is a bit too experienced for me, so I’m just gonna slide down,” Rebel Wilson, 38, said in a video posted to her Instagram Stories on Dec. 30, per Daily Mail. The Pitch Perfect actress was off in Aspen, Colorado for a little bit of fun before ringing in the New Year, but it seemed that the Australia native wasn’t ready for the cold weather or the snowy slopes. In a second video, seemingly taken on a second day of the trip, she introduced her ex-boyfriend, Mickey Gooch Jr., before saying he was there to help her out.

“This is Mickey Gooch. You may have heard of him in Aspen and around the world Micks is going to get me down this hill. It’s a very big hill today, but we’re going to attempt it,” she said. It seems Micks didn’t have what it takes to help Rebel, as a third video showed Rebel being strapped to what looked like a rescue gurney, as someone named Scott was preparing to get her off that mountain. “Scott’s gonna take me down the hill,” Rebel said. “I’m ready. I’m ready, Scott!” Though, it didn’t seem like Rebel was hurt, as she apparently gave a thumbs up (?) as she and Scott took off.

So, what happened? Rebel told her fans that she needed rescuing after she lost feeling in one of her feet.  “Hey guys,” she said in an update. “Just wanted to let you know, I did get back to the hotel safely and I wanted to thank everybody in Aspen for their help on the slopes because you guys are amazing, you do this all day, every day, whereas me, it was only my second day of skiing.” 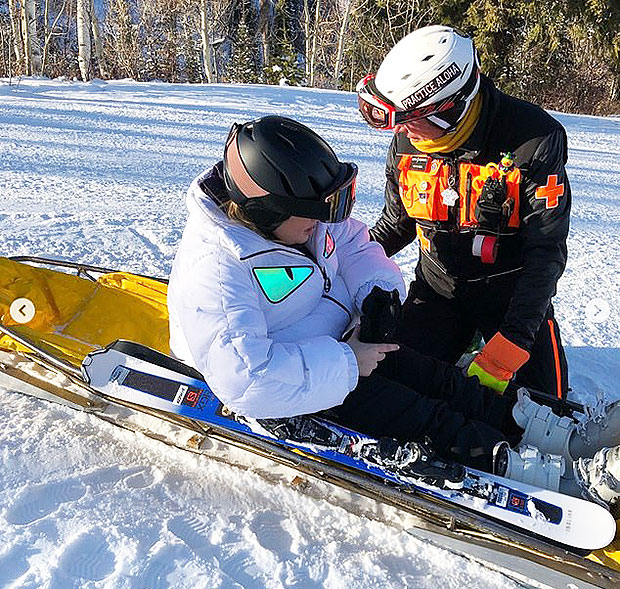 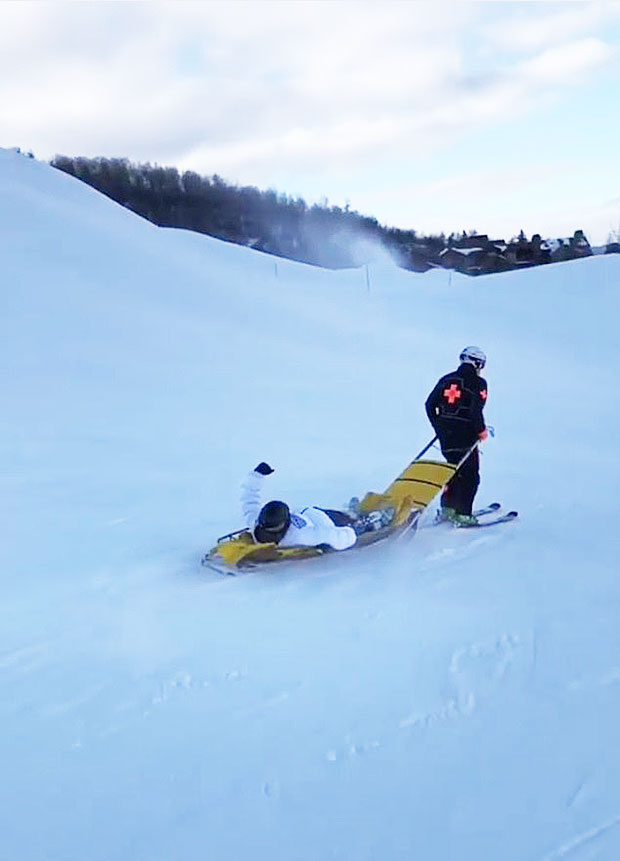 “I lost feeling in my left foot. I think it was the ski boot. I think it was too tight. I think maybe I need to buy professional ski boots or something,” she added. Considering that frostbite is no joke, Rebel was right to be concerned. Here’s hoping she gets some better fitting footwear and she gives skiing a second shot. Or, perhaps, maybe next year, she’ll spend New Year’s Eve somewhere more tropical? Hawaii is nice this time of year.