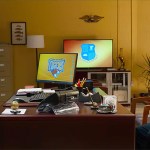 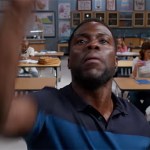 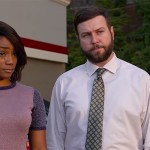 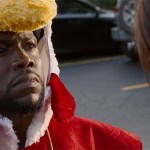 ‘Night School’ will be released on 4K, Blu-ray, and DVD on Jan. 1. HollywoodLife has an EXCLUSIVE behind-the-scenes look into Tiffany Haddish’s character. Watch now!

Tiffany Haddish and Kevin Hart teamed up for Night School, and it was one of the funniest comedies of the year. The movie will be released on 4K, Blu-ray, and DVD on Jan. 1. In this EXCLUSIVE behind-the-scenes video, the cast and crew rave about Tiffany. “Tiffany Haddish is the heart and soul, the teacher who kind of keeps us in line,” cast member Mary Lynn Rajskub, who plays Theresa, says in the video.

Tiffany plays Carrie in the movie, and Kevin notes that “the character we felt like screamed Tiffany.” Carrie is a teacher, but she’s still got fun side. Director and executive producer Malcolm D. Lee adds, “She’s a great counterpoint with Kevin because she can go toe-to-toe with him in scenes.” Night School definitely brought two of comedy’s biggest juggernauts together for one amazing and hilarious movie. When Tiffany and Kevin are in a scene together, you never know what’s going to happen.

Taran Killam, who plays Stewart, recalls when Tiffany brought a belt to set and was “determined to whip Kevin Hart in a chicken suit.” Tiffany did just that, and it was downright funny! Tiffany’s character can see through anything and everything Kevin’s character, Teddy, throws at her. At the end of the day, Carrie just wants the best for Teddy. Night School also stars Rob Riggle, Romany Malco, Ben Schwartz, and more. Night School is already out on Digital. If you want a good laugh (or 10), Night School is the perfect movie for you!