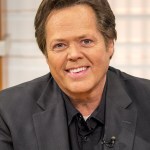 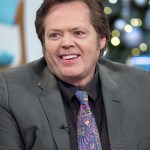 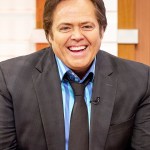 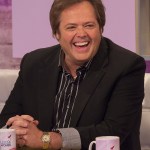 Jimmy Osmond has been rushed to the hospital after suffering his second stroke in 15 years, this time while pantomiming Captain Hook on stage. Here’s what we know.

Jimmy Osmond, 55, the youngest member of the Osmonds, was rushed to the hospital on Dec. 27 and diagnosed with a stroke. He suffered the stroke onstage while performing a Peter Pan panto at the Birmingham Hippodrome, portraying the classic’s Captain Hook villain. When he was first cast in his Captain Hook role, Jimmy tweeted, “Excited to be in panto again and returning to this role of Captain Hook I love letting my inner baddie out, especially in Birmingham at the hippodrome where I have so many memories!”

Although his understudy will be picking up his role until the show’s Jan. 27 completion, Jimmy was able to finish his performance and sign autographs for fans before going to the hospital. This is not the first time that Jimmy has suffered a stroke. In fact, this is his second in fifteen years! Recall the entertainer went to the hospital after experiencing what he thought was an intense migraine while recording his show Jimmy Osmond’s American Jukebox. He managed to finish his show and drive home, but woke up dizzy the next morning.

When his wife took him to the hospital to have his brain scanned, Jimmy was diagnosed with a stroke, caused by a Patent Foramen Ovale — a.k.a. a hole in his heart. After going into emergency surgery to close the hole, the entertainer spent weeks in the hospital recovering.

Jimmy made a full recovery the first time around, so here’s to hoping for the same success now!

Hollywoodlife.com reached out to Donny and Marie Osmond’s reps for comment.