Demi Lovato suffered a terrifying drug overdose in 2018 & nearly died. Luckily she was saved just in the nick of time & now she’s opening up about what she learned from it.

Demi Lovato, 26, is very lucky to be alive after overdosing on opioids in July. Things were so bad that her family didn’t know for two days if she was going to make it out alive or not. Thankfully, after spending 3 months in rehab, she’s thriving again. But her scary close call has totally changed her outlook on life. Demi opened up to her fans on the final day of 2018 and shared a very inspiring message on her Instagram stories.

“So grateful for the lessons I’ve learned this year,” she wrote. “I will never take another day in life for granted, even the bad ones. Thankful for my fans, friends, family and everyone who supported me throughout this year. God bless”  We’re thrilled that Demi is going into 2019 with such a great mindset.

Demi didn’t directly mention her new boyfriend Henri Levy in her post, but we have a feeling that he’s one of the people she’s “thankful” for. As HollywoodLife previously told you, she and the fashion designer — who has also battled his own issues with addiction — have fallen hard and fast for each other. “Demi didn’t plan for things to work out this way — she wasn’t actively looking for a boyfriend,” our source revealed. “But sometimes things just happen, and it’s too special between her and Henri to ignore. Both of them vowed to take it slow with the relationship, but things are already moving very quickly.” 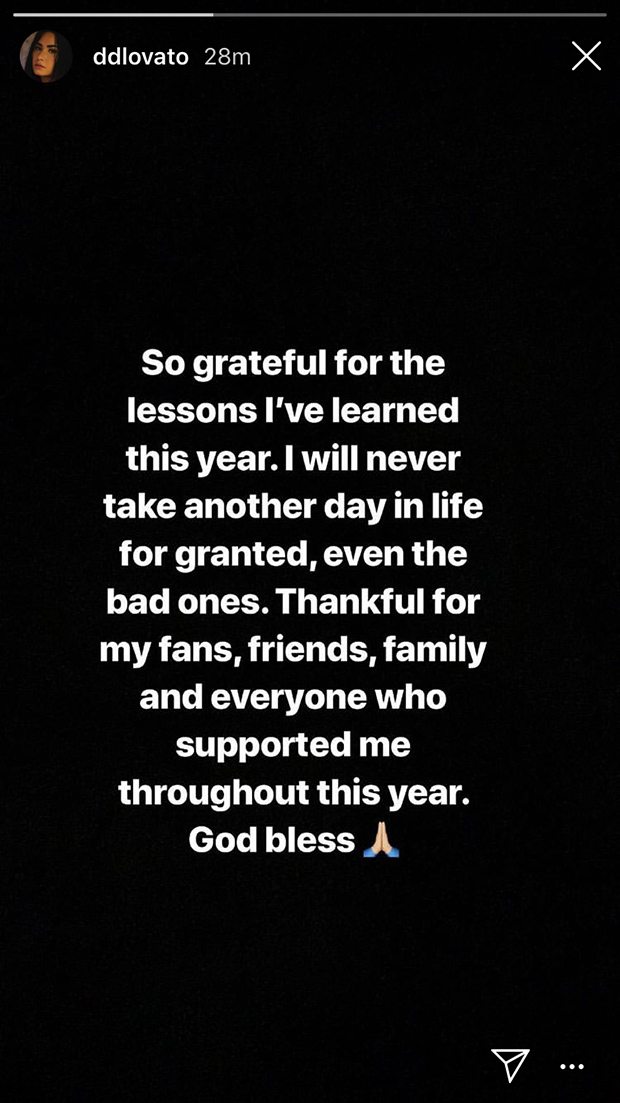 Demi hasn’t opened up about her new relationship yet — but the pair did make their romance social media official by sharing a video of themselves kissing on his Instagram page. So cute!