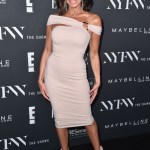 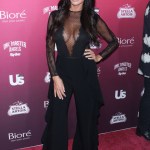 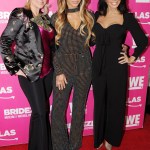 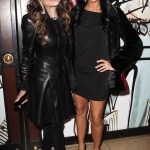 Danielle Staub’s dream wedding aired on the Dec. 30 episode of ‘RHONJ’, but the reality star’s marriage only lasted three months! Here’s what she has to say about her pending divorce!

Danielle Staub, 56, recently made headlines for shocking allegations of physical and verbal abuse by her estranged husband, Marty Caffrey. And although the Real Housewives of New Jersey star’s dream wedding just played out on the Dec. 30 episode of the hit Bravo show, Danielle EXCLUSIVELY tells HollywoodLife that she’s “in shock” over how things have played out between her and Marty. “I feel like it was just a minute ago so I’m pretty much in the same place,” the reality star explained. “I’m in shock as to what is going on in my life. I’m a newlywed going through a divorce so how am I supposed to feel?”

Danielle and Marty tied the knot on the Caribbean island of Bimini on May 5, and filed for divorce less than four months later. “I’m confused. I’m very confused as to how this even happened,” the mother-of-two continued. “I’m not confused about where I’m at, and that is I’m in a state of a constant — It’s like having the rug ripped out from you constantly.” Danielle, who has previously been married two other times, adds, “I’m upset, obviously. I tried everything I can.”

HollywoodLife spoke with the New Jersey native before her wedding episode aired and she was apprehensive about how watching the episode would affect her. “The wedding is going to be beautiful, as it was beautiful, so I’m excited to see it,” she explained. “But I’m not yet aware of how it’s going to feel. I don’t know how it’s going to effect me until I’m in the moment.” As far as moving forward with her love life and dating again? Danielle jokingly referenced her infamous table-flipping scene with co-star Teresa Giudice, 46, during the season one finale of RHONJ who lashed out at Danielle, “You were f–king engaged 19 times!”

“I’ve probably got another 20 engagements in me,” Danielle quipped. “But I’m tired. The ring’s got to be bigger boys! I could joke about it all day but to be honest with you, I don’t know if I want or need a man around in any capacity.” Since the iconic scene when Teresa called Danielle a “prostitution whore,” the two ladies have come a long way and mended their friendship. “We went to cute friends to frenemies and now we’re back to where we should be,” she adds. “We have great history. People wouldn’t say it’s the best, but we have a long history together. I’m not so certain about some people on the show, but I’m real certain about Teresa and she’s real certain about me.”