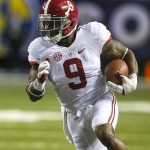 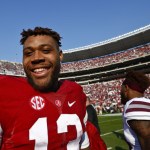 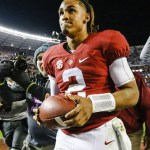 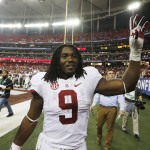 The College Football Playoff continues, as defending champs Alabama challenges Oklahoma in the Orange Bowl. The winner goes on to play for the title, so find out how to watch online, on TV and more!

Over the past decade, there’s been one team that’s become synonymous with the College Football National Championship: the Alabama Crimson Tide. Over the past ten years, the Crimson Tide has rolled into the championship game six times, winning five of them. Now, they look to go back-to-back, but first, they need to face the Oklahoma Sooners in the Orange Bowl. These two teams will face off at the hard Rock Stadium in Miami, Florida. The winner will go on to face the winner of the Cotton Bowl, setting up either a clash with the Notre Dame Fighting Irish or with the Clemson Tigers. This game is going to be crazy, so how can you watch every single second when the game kicks off at 8pm ET?

With ESPN broadcasting the 2018 Orange Bowl, the channel’s streaming portal, watchESPN, will be the prime location to watch the game online. In order to watch the game, viewers will have to enter in their television provider info. If someone doesn’t have a cable or satellite subscription, they can look into other methods. Sling TV offers sports channels with some of its packages. ESPN is also included in YouTube TV (which is $40 a month after the free trial period.) ESPN is also included in Hulu with TV (which also has a free trial.)

Alabama is tied with Notre Dame with total championship wins at 22, which is third behind Yale (27) and Princeton (28), two schools that haven’t been football giants for close to a century. Yale’s last trip to the big game was in 1927, with Princeton’s last visit in 1950. Alabama will likely surpass both within the next decade, judging by how they’ve been playing over the past ten years. Under Nick Saban’s leadership, the Crimson Tide has racked up titles in 2010, 2012, 2013, 2016, and 2018. No wonder FiveThirtyEight gives Alabama a 41% chance of winning the national title.

The unbeaten Alabama is a 14-point favorite, with sophomore quarterback Tua Tagovailoa leading the Tide with 3,353 yards, 37 passing touchdowns, and just 4 interceptions. Yet, the saying is “offense wins games, defense wins championships.” The Crimson Tide is the fifth-best team when it comes to sacks (recording 42 this season) which also allowed them to pick off the opposing quarterback 14 times this year. However, if Oklahoma quarterback (and 2018 Heisman trophy winner) Kyler Murray can keep his cool, he might lead the Sooners to an upset.

It all goes down in Miami at 8 PM ET so don’t miss a single second.