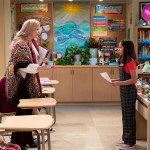 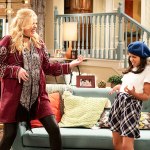 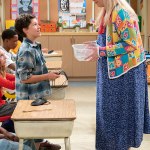 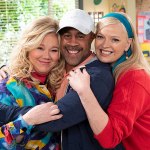 ‘Sydney To The Max’ is a brand-new Disney Channel series premiering Jan. 25, and HollywoodLife spoke EXCLUSIVELY with star Christian J. Simon about his exciting role that’s got a throwback twist to it!

Sydney To The Max is a new comedy series premiering Jan. 25 at 8:30 on Disney Channel. The show centers around Sydney Reynolds and her protective and doting single dad Max as they navigate the challenges of growing up. Sydney To The Max is set in two time periods, with flashbacks to young Max and his best friend Leo in the 1990s. These flashbacks parallel many of the predicaments Sydney and her BFF Olive get into in the present day.

Christian J. Simon plays Leo on Sydney To The Max, and the 11-year-old talked EXCLUSIVELY with HollywoodLife about his character. “Leo is best friends with young Max in the 90s. Leo is a very fun, sarcastic, energetic character,” Christian said. “I mean, I think everyone should have a friend like Leo. He’s always there for young Max, no matter what he does. I think one of the coolest parts about him is that he runs the neighborhood arcade that his dad owns, and he takes his job very seriously.”

Since he’s only 11 years old, that means Christian didn’t experience the ’90s as they were happening. But he’s had to embrace all things ’90s for the Disney Channel series! “It’s been very fun,” Christian continued. “I’ve learned a lot of new things about all the technologies. The clothes are very out there. Lots of different colors. It’s just really cool, the technology with beepers and briefcase laptops and stuff like that.”

Like so many of us, Christian is a total Disney Channel fan. He grew up watching Disney Channel and loves shows like Raven’s Home, That’s So Raven, K.C. Undercover, and Good Luck Charlie. Playing a character on a Disney Channel show is an incredible opportunity for Christian. “It’s a dream come true,” he gushed. “I thank God every day for the opportunity. It’s so cool.” Sydney To The Max also stars Ruth Righi, Ian Reed Kesler, Jackson Dollinger, Ava Kolker, and Caroline Rhea.