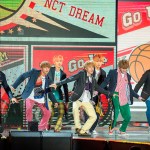 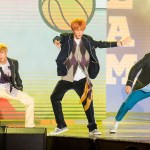 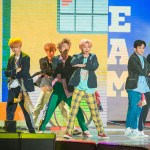 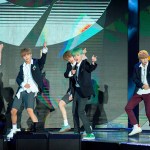 NCT Dream is lighting us up this December! The K-Pop group released their highly-anticipated music video for ‘Candle Light’ on Dec. 27. Fans immediately fell in love with the music video. Watch now!

Talk about a treat! NCT Dream dropped their music video for “Candle Light” on Dec. 27, and it’s everything we could have ever wanted and more. The music video is fun, romantic, and just makes you feel good. The group members — Mark, Renjun, Jeno, Haechan, Jaemin, Chenle, and Jisung — all look and sound incredible. “Candle Light” is like a mini movie almost. We could watch the “Candle Light” music video over and over again! Doesn’t it have a total retro vibe?

The music video was a total hit with fans. “I cried at the last scene where in everyone was looking at mark and everyone’s vocals melt my heart… SM should be proud for having such talented idols,” one fan tweeted. Mark will be graduating from the group on Dec. 31, 2018. Another wrote, “Nct dream’s candle light was too cute I’m so sad.”

The group was recently named one of TIME magazine’s 25 Most Influential Teens of 2018, along with fellow stars like Millie Bobby Brown, Storm Reid, Jace Norman, Kiernan Shipka, and more. NCT Dream was the only K-pop group included on the coveted list. “More than just putting on a performance with great visuals and choreography, we really want our music to be a reflection of the thoughts and struggles that teens our age go through,” Mark told the magazine. NCT Dream also released their hit EP, We Go Up, in Sept. 2018. The mini-album topped iTunes Albums charts in 15 countries.

NCT member Haechan will be taking a break due to a sudden injury. “Member Haechan went to the hospital due to twisting his right leg during practice,” SM Entertainment said in a statement, according to allkpop.com. “The diagnosis said his tibia (shinbone) is fractured, so he’s in a cast and is currently resting. As a result, Haechun will inevitably be unable to participate in all his schedules, including year-end activities. He’ll be focusing on treatment and recovery as recommended by his doctor.” Get well soon, Haechan!