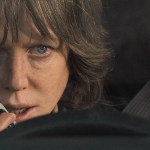 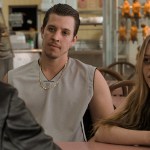 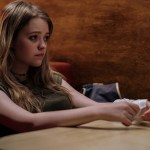 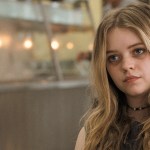 Destroyer, directed by Karyn Kusama, is out in select theaters now. The movie stars Oscar winner Nicole Kidman, who plays an LAPD detective named Erin Bell. She’s placed undercover with a gang when she’s a young detective, and the situation ends tragically. When the leader of the gang re-emerges, Erin is determined to come to terms with her past. Jade Pettyjohn plays Erin’s troubled daughter, Shelby.

The 18-year-old is best known for her role as Summer in the Nickelodeon series School of Rock. Her role in Destroyer is definitely a transition for the young actress, but she’s more than up for the challenge. Jade holds her own against acting heavyweight Nicole. Check out our Q&A with Jade below.

What was working with Nicole Kidman and establishing that tumultuous relationship between Erin and Shelby like?
Jade Pettyjohn: She’s so amazing, and she’s inspired me so much even before I started working with her. But then meeting her and working with her and watching her embody that character Erin in the flesh and seeing that live was just such an incredible experience on its own. Having conversations with her and then just discovering and exploring this complicated mother-daughter relationship with her was so satisfying. I learned so much about what it means to be an actor, and it just reiterated my love and passion for it by seeing her so incredibly passionate and dedicated to the truth, finding real moments, embodying this character that has so many layers. Erin and Shelby have a very, very turbulent relationship, very turbulent mother-daughter relationship. But I think that even the best mother-daughter relationships, they’re very complicated and very interesting and complex. My first time meeting her was on set, so to find these moments that are so, so layered and textured and in a matter of hours was really interesting. But she just made me feel so safe, and I really felt free to create with her, which was really incredible.

I felt like the conversations between Erin and Shelby were very relatable and real like any mother and daughter could be in those formative teenage years. It was something that we could easily see in a diner.
Jade Pettyjohn: The way that was written was so beautiful, but it is a very universal, core emotion and feeling that both of them experienced, especially in that diner scene. It’s just like this push and pull of wanting to have this relationship with your mother and wanting that love and wanting to be noticed and acknowledged. And at the same time, being so angry and so upset that she can’t live up to certain elements. Shelby loves her mom. She just idolizes her strength, but at the same time, there’s just this heartbreak that her mom won’t be there for her in ways that maybe other mothers would be for their kids. And so it’s like this tense, bottled up rage, and heartbreak that’s been there for so many years, and it’s finally coming out. And then there’s also everything that is said in there and everything that’s unsaid and, but speaking volumes in that scene.

I really wanted to break down that diner scene because it’s literally only you and Nicole across from each other. It’s such a poignant moment and Nicole’s Erin is telling her daughter what she wants for her, one last time before she does the one thing that she knows she has to do. What was that like for you to just sit across from Nicole Kidman and have this really emotionally-charged scene in what’s the most impactful scene in the movie?
Jade Pettyjohn: Well, Nicole and I had some really in-depth conversations about the scene before we went into it, which was really helpful. But in order to really do my job, I couldn’t see her as Nicole Kidman. And so when Karyn called “action,” it was not me and Nicole. She was Erin and I was Shelby, and it was just kind of like playing catch a little bit. The most important thing for me was being as present as possible and to listen in that moment and just to take whatever happens and to just be there and really experience those words but not really think about it. That’s what we tried to do, and  I think that’s what brought about so much emotion. It’s a long scene. We did it many, many times,  but just by being in one stable place, like at a booth at a diner and just being with her, it was like the rest of the world was muted and it was just us and the past of our characters. The only thing that I was thinking about was this created past of Shelby and then everything she feels and then the woman in front of her, who she loves, who she’s never seen break down like that before either. It’s this new territory.

I think that’s sort of made the scene so great. I was sort of on the edge of my seat a little bit as you two had this discussion because there wasn’t that many words that were spoken in Erin’s last speech to her daughter. There were a lot of very quiet moments that I thought were very impactful.
Jade Pettyjohn: Exactly. And I think that’s actually one of the biggest things that I learned from Nicole and from Karyn and everyone. There’s so much that happens and there’s so much can be represented through stillness and through being quiet, and that is so impactful. And so when there could have been more words and more dialogue, Nicole is just there and instead she would substitute it with one word or a look or something like that. It really hits and resonates with me being the receiver of that performance with that communication. It’s something that you can feel as well when you watch it. I just really learned a lot about the power of stillness and that when you’re defining moments like that, it usually comes from a place of quiet and not this frenetic, crazy energy.

This can be your personal opinion, but what do you hope Shelby takes away from that final scene with her mom? How do you think she moves forward from that conversation? What are your hopes for that character after that scene?
Jade Pettyjohn: By the end of it, it really does represent hope. I mean, over her entire life before that, she was in this constant doubt over whether or not her mother truly loved her. And as sad and simple as it is, everything that she had done, every act of rebellion, everything was just a cry for attention and love from Erin. Ultimately, that is what Shelby wanted, the reassurance that her mom loved her. She’s always felt like it was her fault or there’s something wrong with her. She doesn’t really know what Erin’s going through, but she does have a feeling. I think by the end of that scene, obviously, I want audience members just to put in what they believe and take what they take out of it. When her mother apologizes to he and says that she loves her and then leaves, Shelby gets the feeling that she might not see her again. And there’s this relief that comes from that. There’s this heartbreak that comes from that. It’s just wrapped up in so many different contrasting feelings. But what I hope for Shelby is that with that knowledge, she will be able to reset her life and just kind of take a different path. Because the way she was going, the path she was taking was obviously down a very dark hole and going down the same path that Erin was going down at that age. I think the characters kind of parallel in that sense. Knowing that she was loved, she can turn that around and there’s no need anymore to self destruct.

You have transitioned from Nickelodeon to a very serious drama, is something that really appeals to you?
Jade Pettyjohn: I’ve said this many times, but I really do feel that one of the best things about being an actor is exploring and playing different characters and different stories and representing different kinds of people in film. I’ve always been gravitated towards drama. School of Rock was amazing, and I learned so much from that experience. I was very excited to really get my feet wet and just to dive into really exploring real human beings and drama. It was definitely a transition, but it was something that I really, really wanted and something that just always felt like an actor did. You just play different characters and you tell different stories. So I think that it’s maybe a drastic change for the audience, but for me, it was just always what the job entails. Iit was definitely a new experience, but it was also just something that I knew was a part of what I wanted to do.