It was Sophie Turner’s family who hosted Christmas this year! She opened her London home to the entire Jonas family, including newlyweds, Nick Jonas and Priyanka Chopra! See the adorable family photos from their holiday in London!

One big happy family! It was Sophie Turner‘s turn to host Christmas this year. The Game of Thrones star, along with her family had a lot of mouths to feed this holiday, including her fiancé Joe Jonas, his brother Nick Jonas and his wife Priyanka Chopra, and their younger brother Frankie. The Jo-bro’s parents Kevin Sr. and Denise were also in attendance, as well as Priyanka‘s mother, Madhu. Sophie and Joe sat next to her older brothers Will and James in photos from Christmas dinner. The eldest Jo-bro, Kevin Jonas, his wife Danielle, and their two kids, were notably missing. The family of four decided to spend Christmas in the states with her family.

Sophie shared a photo of the blended families around the dinner table on Christmas Day. Both families raised a glass to what we’re sure was a toast to the recent nuptials of Nick and Priyanka, which took place earlier this month in her native India. And, it was likely that their toast included a nod to Sophie and Joe, who are the next pair to tie the knot. The group then retreated to Warwick, Warwickshire, where they stood in front of what appears to be a historic structure.

Sophie, Priyanka and Joe all shared the same photo of their families sitting around the dinner table. Both Joe and Nick also shared a snap of just the Jo-bro’s, minus Kevin, where they decorated a Christmas tree. “Keeping the tradition going! Missing @kevinjonas,” Nick captioned his snap of the trio. 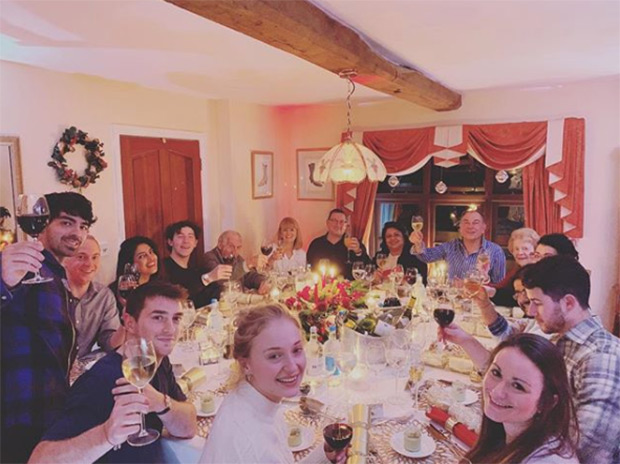 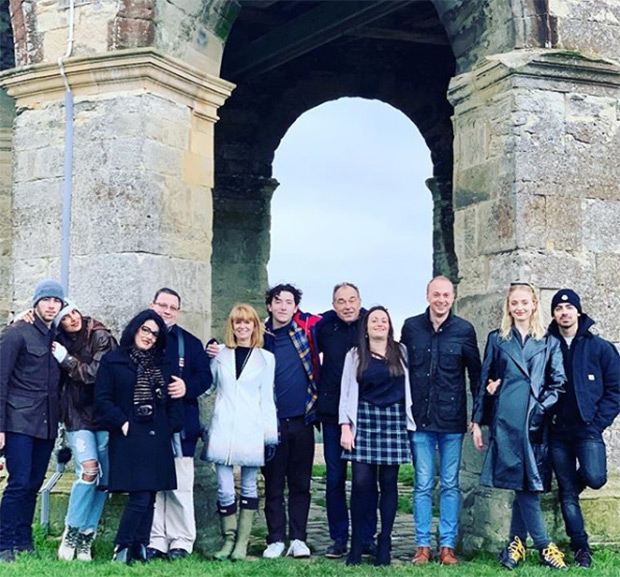 The Chopra and Jonas families arrived in London ahead of the Christmas holiday, where newlyweds, Nick and Priyanka went on not one, but two double dates with the soon-to-be-married pair, Sophie and Joe.

The four stars had a late lunch in London’s Mayfair neighborhood on Sunday, December 24, where they dined at Sexy Fish… Yes, that is a real restaurant. The night before that, the four-some hit the town for dinner in Covent Garden on Saturday. Nick and Priyanka, who was dressed in a neon green cardigan, were spotted holding hands as they left The Delaunay in Covent Garden.