Such a handsome little guy! Kourtney Kardashian’s youngest looked too cute posing with his mom and his cousin True on Christmas Eve. See for yourself!

Like father, like son! Scott Disick, 35, is a stylish guy, and his son is clearly following in his footsteps if these Christmas Eve pictures are anything to go by. Reign Disick, 4, posed with Kourtney Kardashian, 39, at his aunt Kim Kardashian‘s annual holiday bash — and the mother/son pair was absolutely stunning in formalwear. The mom of three was rocking a plunging black minidress and sleek top knot, while her little one paired a black suit with matching combat boots with silver detail and his signature ponytail. Wow!

But Kourtney and Reign weren’t the only ones featured in the reality star’s Dec. 26 Instagram carousel, captioned, “What a night.” The little one may have been holding onto his mom’s arm in the first pic, but she was holding his cousin, eight-month-old True Thompson, in the second and the third. Khloe Kardashian‘s baby girl looked adorable dressed all in white from her sheer hat down to her tulle skirt. And in the fourth shot, Kourtney and Reign were with none other than the Grinch! We wonder if her youngest asked him why he stole Christmas, just like he did the last time he came across the character.

On her story the same day, Kourtney shared another sweet moment with Reign. This time, it was a video of them dancing. The music may have been loud, but when her son grabbed her face to tell her something, the reality star was all ears! 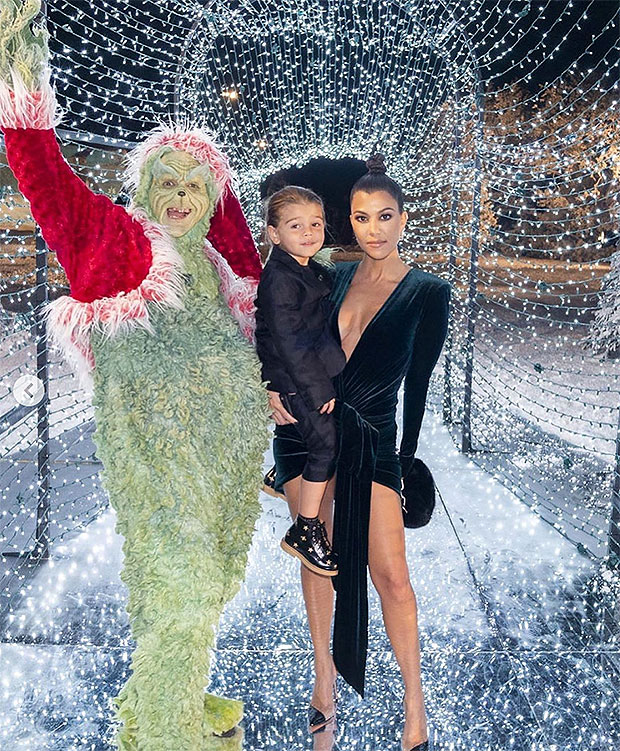 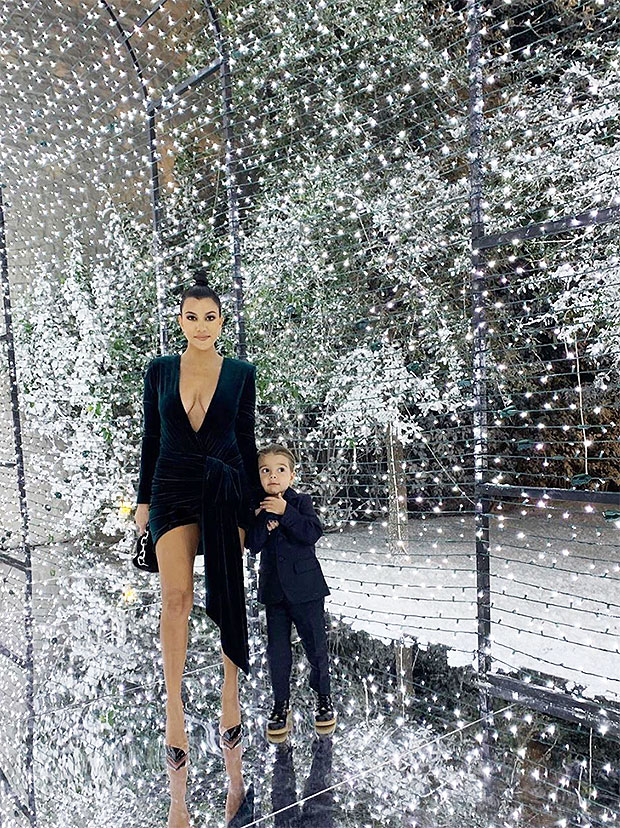 Khloe posted even more footage of Reign on Dec. 25. He was looking at all of his presents on Christmas morning, but when his aunt asked him what he got from Santa, he simply said, “Whatever.” Not once, but twice!

Just like his dad, this little dude is styling — and already showing off his personality!