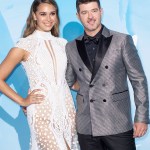 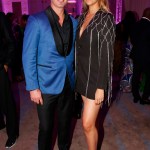 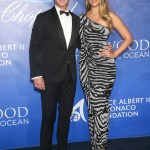 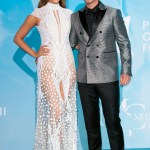 Love is in the air! Robin Thicke proposed to his pregnant girlfriend, April Love Geary, on Christmas Eve and she said ‘YES!’

Congratulations are in order! Singer Robin Thicke proposed to his girlfriend April Love Geary, 24, during a dinner with family and friends on Christmas Eve. In the Instagram video, Robin pulls out the stunning ring after the holiday meal and all the witnesses begin to clap as April cries and nods her head. “YES YES 1000x YES” the expecting mother added to the post. So sweet! Following the exciting proposal, April and Robin posed by a Christmas tree and packed on the PDA, while April showed off her growing baby bump. The pair, who have been dating since 2014, share a 10 month old daughter, Mia. Their second is due in March.

The exciting proposal comes just over a month after the couple lost their home in the devastating California wildfires. “Our house is somewhere in there. I’m so sad but so thankful that we all made it out safe. Praying for everyone in Malibu, our home is up in flames,” April wrote in November with a picture of rubble. Luckily, they ended the year on a sweet note and something to look forward to in 2019, in addition to the birth of their second child! 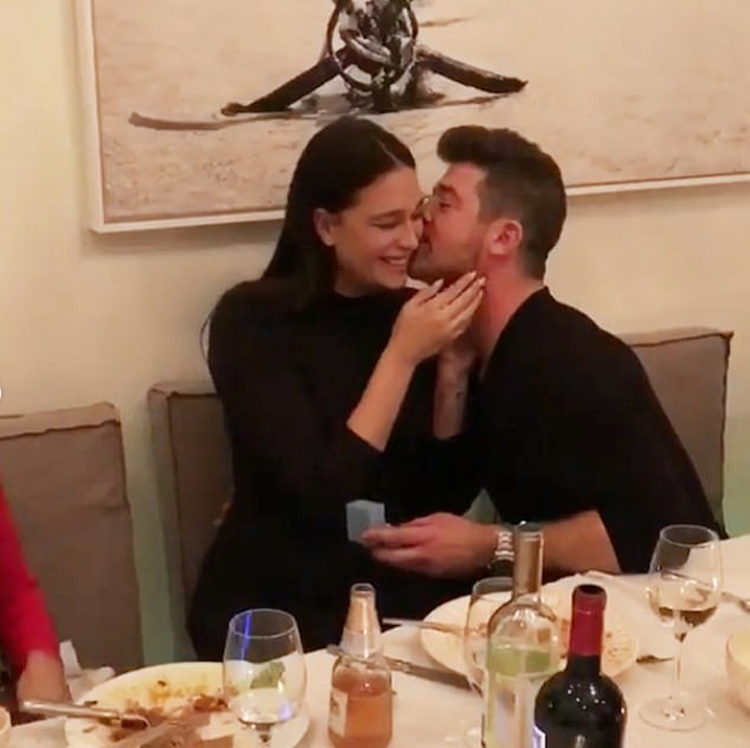 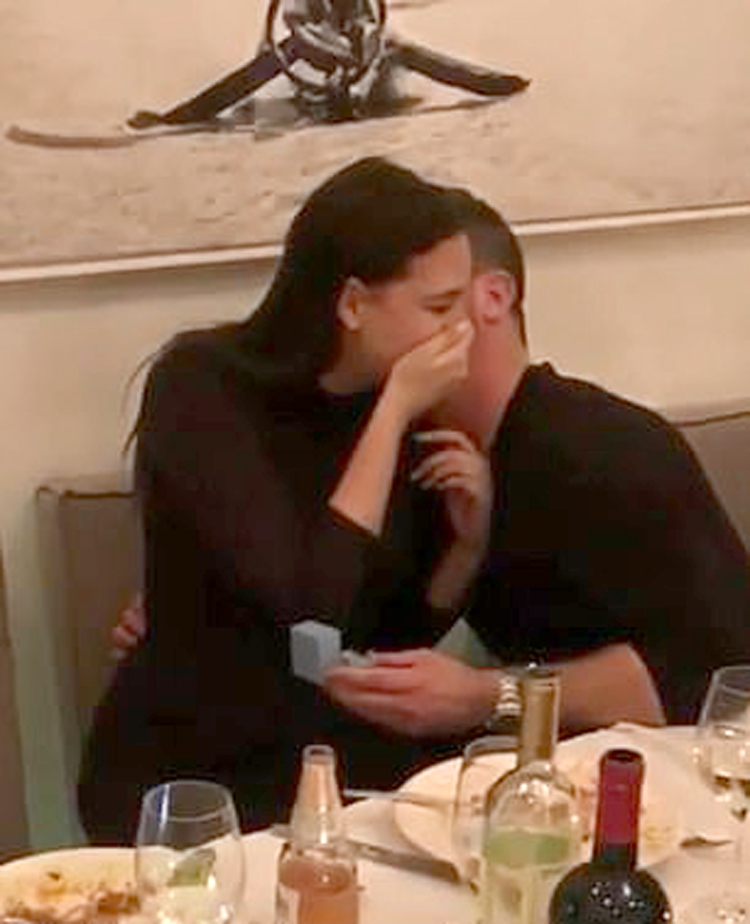 HollywoodLife.com was the first to break the news that Robin and April were expecting another child, just five months after having their first. “April made the announcement and asked for total secrecy among the friends that she told. Then she joked that she was pregnant with ‘Irish Twins’ having just had her last baby only months ago,” the insider told HollywoodLife back in July. “She made the announcement on Tuesday (July 17) explaining that according to her pregnancy app she is about seven weeks along. She also described that she woke up feeling nauseous while on a recent trip to Mexico so she took a test.” We can’t wait for Robin and April’s exciting 2019 — wedding and a baby!