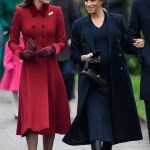 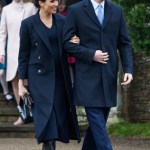 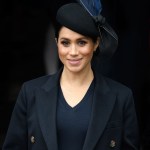 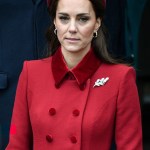 Meghan Markle was all smiles heading to her first Christmas Day service as a royal, with her growing baby bump peaking out of her black dress!

All eyes were on Meghan Markle on Christmas morning as she arrived at the Christmas Day service in Sandringham! The Duchess of Sussex wore an all-black Victoria Beckham look, that had her baby bump on display. She held on to a black clutch, also by Beckham, and had an intricate hat that marked her status as a true royal fashionista. The expecting mother was all smiles with her sister-in-law, Kate Middleton, who opted for a festive red coat with a velvet collar.

Just like last year, Meghan and her husband Prince Harry walked hand in hand, next to Kate and her husband Prince William, to the Church of St. Mary Magdalene. The couples looked cheerful and bright, despite rumors of a rift between them. Meghan and Kate were even caught giggling and chit-chatting on their way in to the service — maybe she even offered some advice on motherhood?! After church, the royals, following tradition, gathered at the Queen Mother’s Sandringham Estate for a lunch of roast turkey and steamed fruit pudding… yum! Then, per royal protocol, they all sit down to watch the Queen’s annual televised address to the nation. 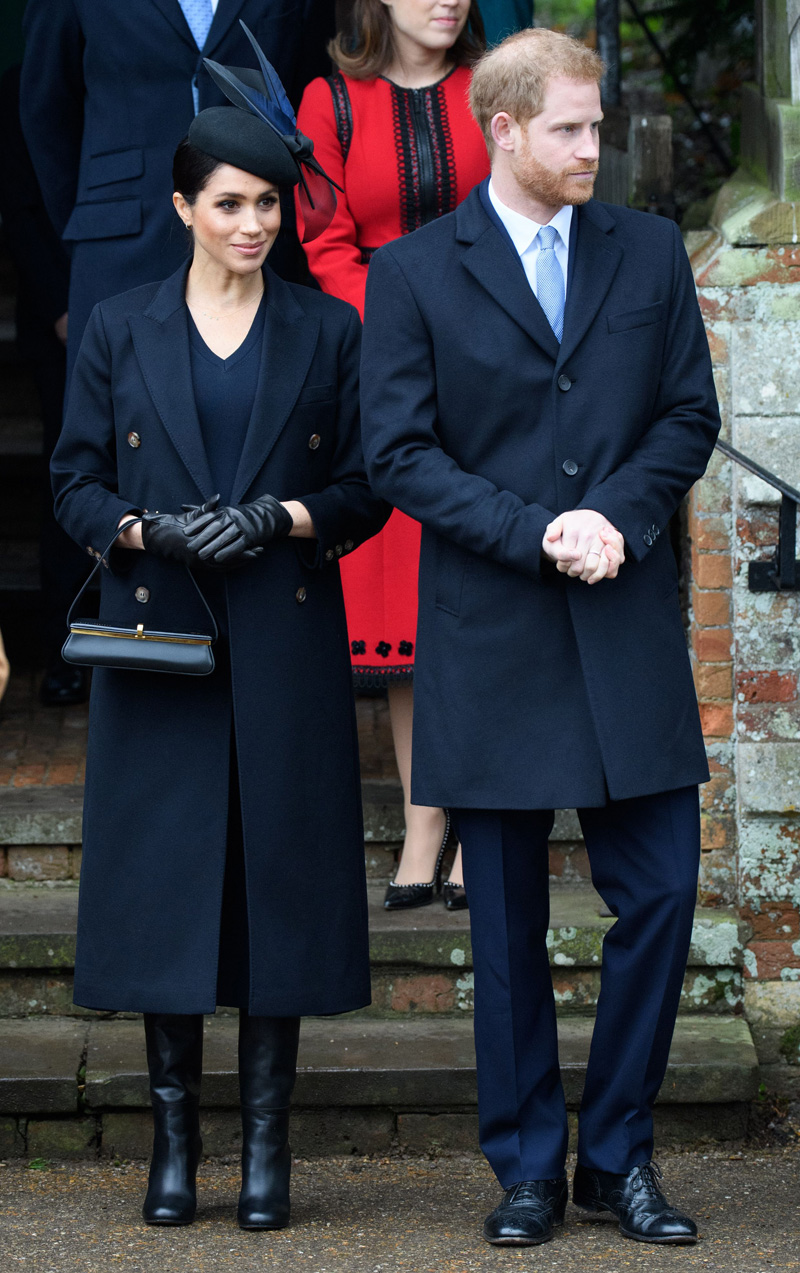 Last year’s Christmas was the first time Meghan and Harry publicly stepped out with Kate and William, and it was apparently a ‘wonderful time,’ according to a People source. “They really loved Christmas and all had a wonderful time. I think the two women got on — they are definitely not best friends, but it was a really special time for them all to spend together,” the insider said. So, we think those feud rumors can be put to rest!