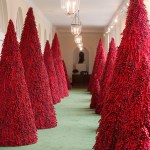 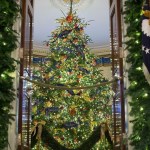 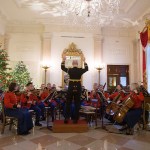 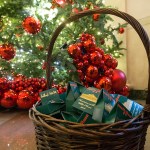 Donald Trump asked a little boy if he still believed in Santa… on the Santa-tracking phone line. What?!

Donald Trump may have ruined Christmas for one little boy, who was connected to the president through the North American Aerospace Defense Command (NORAD) as it tracked Santa’s journey across the globe. The 7-year-old, whose name is reportedly Coleman, spoke to Trump on Christmas Eve, and in the now-viral video, the president asked him, “Merry Christmas. How are you? How old are you? … Are you doing well in school? … Are you still a believer in Santa? Because at 7, it’s marginal, right?” Face-palm. While Coleman’s response was not audible in the video footage, the president chuckled.

Twitter, of course, reacted right on cue. “At least this kid’s “how I found out Santa wasn’t real” story will be interesting,” one wrote, while another user called Trump a “Supervillain.” “One thing about a pathological liar is they never know when it’s the right time to tell the truth,” comedian David Baddiel tweeted. “Is there a scenario where you believe in Santa and also understand the meaning of the word ‘marginal’?” another added. We can’t even make this stuff up.

Donald Trump, answering phone call from 7-year-old on Christmas Eve: "Are you still a believer in Santa? Because at seven it's marginal, right?" pic.twitter.com/VHexvFSbQ1

Next to Trump was his wife, Melania Trump, who was also on the phone with young children who were patched through the NORAD line. The First Lady tweeted photos of herself taking the calls, writing it was “becoming one of my favorite traditions!” All the fun occurred before Trump and Melania addressed the country and troops overseas for a Christmas message, that ended up not being so uplifting. “It’s a disgrace what’s happening in our country, but other than that I wish everybody a very merry Christmas,” he announced. Bah-humbug.