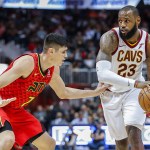 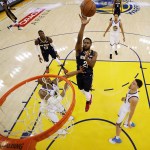 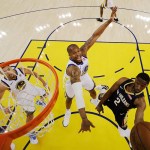 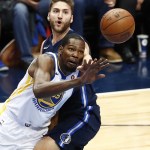 The NBA on Christmas Day is almost here! LeBron James and his LA squad will take on Kevin Durant, Steph Curry and the Warriors in the Bay! NBA great, Jalen Rose helps HollywoodLife preview the 5 marquee matchups!

Thanks to the NBA, Christmas Day has become one of the biggest days to camp out in front of the TV with your closest friends and family … and food, drinks, cozy pajamas and your loud uncle who’s probably betting on the worst team in the league. But, it’s a day fans look forward to each and every year. And, it’s going to be a good one with five marquee matchups!

The New York Knicks, the team who’s played the most Christmas Day games, will kick off the day, taking on the Milwaukee Bucks on the big stage at Madison Square Garden. Then, before the Trail Blazers close out the night in Utah, LeBron James and his Lakers squad will face off against the Warriors in the Bay — the most anticipated matchup between LBJ and Kevin Durant.

Here to help us preview this year’s Christmas Day matchups is none other than NBA great, Jalen Rose. We caught up with Rose in New York, where he only gave us his hot takes on the five matchups. And, you can catch him  on NBA Countdown on Christmas, where he will work two pre-game shows and five halftime shows, making it a 15-hour day at ESPN’s studios in LA. Check out the full schedule below.

BUCKS @ KNICKS:  Milwaukee is playing on Christmas Day for the first time since 1977. Meanwhile, the Knicks are playing in their NBA-high 53rd Christmas Day game. “We have an MVP candidate in Giannis Antetokounmpo,” Rose said, adding that the Bucks “did a terrific job” hiring new coach, Mike Budenholzer, who’s helped develop the team into an offensive juggernaut. “I appreciate how he’s building out their roster. Khris Middleton is playing at an All Star level,” he added. “And, the Knicks, I think they have stability now. They have the right coach in David Fizdale. I think he knows what it takes to nurture a young team. So now, the goal is to attract big free agent in 2019 to play alongside Kristaps Porzingis.”

THUNDER @ ROCKETS: Oklahoma City and Houston are playing on Christmas Day for the second straight year — their only two meetings on Christmas. The Thunder won last year’s matchup 112-107 in OKC. This also marks the first matchup of the season between reigning NBA MVP James Harden and 2016-17 MVP Russell Westbrook. “Every time I hear these two teams and/or the Warriors, I think to myself, ‘Russel Westbrook, James Harden and Kevin Durant were all teammates and they all went on to win MVP, that just fascinates me,'” Rose said. “It’s almost like the Rockets are looking in the mirror this year. Last year, they were the darlings of the west and they had the best record in the league… but, they lost some of their defensive tenacity in Trevor Ariza. But, lately, Harden has gotten more aggressive offensively, he’s putting up better numbers. I think Houston will continue to improve as the season progresses,” Rose explained. Meanwhile, for OKC, “they struggle to shoot the three, but their versatility on the wing — they can do a lot of switching, they have a lot of length and guys that go after blocks and steals. Then you have an MVP in Russell Westbrook, who basically flirts with a triple double every night, and it’s been great to see Paul George resemble the player I saw in Indiana recently with his efficiency and his aggression.”

76ERS @ CELTICS: The two youngest franchises are playing on Christmas Day for the second time — this time with Jimmy Butler. “The unique thing about this new age rivalry they’re trying to start… Other than the Golden State Warriors, the Sixers will be the only team with three All-Stars this year. Joel Embiid is putting up astronomical numbers offensively, and Ben Simmons, while he’s not a jump shooter, you can’t stop this guy from getting to the basket. Then, they went from being a playoff team that lost to the Celtics last year, without Kyrie Irving, to adding Jimmy Butler. I think that makes them a legit contender in the east. Those guys, along with JJ Reddick, I think they’ll be a massive threat in the playoffs,” Rose explained of the Sixers. As for the Celtics, he thinks General Manager, Danny Ainge has done a “masterful job of accumulating assets on the current roster with a Champion, an elite scorer and point guard” in Kyrie Irving.

LAKERS @ WARRIORS: The Lakers and Warriors are playing on Christmas Day for the second time, with this being the 20th consecutive time the Lakers will play on December 25. The teams are meeting for the first time this season, marking LeBron James’ first regular-season game against the Warriors as a member of the Lakers. “This is the marquee, this is the matchup everybody is getting the car to go see,” Rose said. “When you pair LeBron James with the Laker brand, and he’s still playing at an MVP level, and the emergence of Kyle Kuzma and Lonzo Ball, who just had a triple double recently — these young players are really finding themselves” under James. Then, they’re taking on the team who’s won three of the last four championships with the splash brothers in the back court, add KD up front and Draymond Green. And, once DeMarcus Cousins returns, the Golden State Warriors will be the first team since 1960s to start five All-Stars, so they clearly continue to separate themselves as it relates to if you’re going to pick who’s going to win this year’s championship.”

PORTLAND @ UTAH: This is the first Christmas Day matchup between the Trail Blazers and Jazz. Utah is making its first Christmas Day appearance since 1997, with Portland making its first Christmas Day appearance since 2010. No player on the Trail Blazers’ current roster has ever appeared in a Christmas game. Portland’s visit to Salt Lake City is a homecoming for Damian Lillard, who emerged as a college basketball star at nearby Weber State. The school retired his jersey in 2017. “The thing I love about the Trail Blazers is, when you have Damian Lillard, he’s one of those guys that has decided he’s going to be the guy who turns things around and makes sure other guys know, if they want to play for something special, they can come play with me. Each year he’s been in the league, they’ve made the playoffs and that’s really impressive,” Rose said.