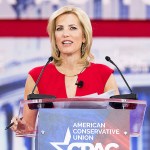 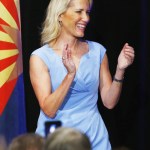 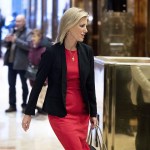 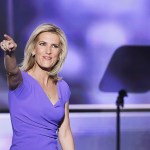 March For Our Lives founder, David Hogg, took to Twitter on Dec. 22 to reveal he’s going to Harvard University next fall and users trolled host Laura Ingraham for previously mocking his college rejections.

March For Our Lives co-founder David Hogg, 18, took to Twitter on Dec. 22 to share the exciting and impressive news that he was accepted into prestigious Harvard University, where he will attend in the fall, and his followers used the happy news to not only congratulate him but to also get back at Fox News television host Laura Ingraham, 55. Laura made headlines eight months ago when she publicly mocked David for getting rejected from some colleges he applied to, so now that he’s in one of the top schools in the country, the Parkland survivor’s supporters want to make sure she knows about it!

“Thank you all for the well wishes, I’ll be attending Harvard in the fall with a planned major in Political Science,” David’s tweet read. David became a nationally known gun control activist after surviving the deadly shooting massacre at his high school, Marjory Stoneman Douglas in Parkland, FL, along with his younger sister, Lauren, 15, back in Feb. Lauren lost four friends out of the 17 who were killed in the massacre and David first gained exposure for recording the sounds of the deadly shooting as he was hiding in a classroom with other terrified students. He went on to use his experience to bring awareness to gun violence and since then, he’s gained a lot of support from followers, so once he revealed his happy Harvard news, it didn’t take long for the backlash against Laura to start rolling in.

“You know @IngrahamAngle is working herself into a bloodthirsty rage right now over David Hogg’s acceptance to Harvard. I wonder if she’ll claim they lowered their standards. She should say nothing, but she has two days & seems to like cocaine a lot, so, she’s gonna say something,” one user shockingly tweeted. “@IngrahamAngle well don’t you feel stupid now,” another tweeted. “Guess David Hogg gets the last laugh and then some, right @IngrahamAngle? He’ll get a Harvard Degree. Ho ho ho. Merry Christmas,” wrote another. “Just another reminder that @davidhogg111 has a lot more going for him right now… than @IngrahamAngle will ever have going for her… ever,” a different user also tweeted.

Laura has yet to respond to David and/or all his followers about his Harvard acceptance. David, who started the March For Our Lives organization with fellow Parkland survivor Emma Gonzalez, 19,  was accused of “whining” by Laura on Twitter after he publicly revealed that he hadn’t been accepted to four of his dream colleges back in March. Laura’s talk show, The Ingraham Angle, ended up losing 24 advertisers after the controversial tweet, which you can see below.

Thank you all for the well wishes, I’ll be attending Harvard in the fall with a planned major in Political Science.

David Hogg Rejected By Four Colleges To Which He Applied and whines about it. (Dinged by UCLA with a 4.1 GPA…totally predictable given acceptance rates.) https://t.co/wflA4hWHXY

We’ll be on the lookout for any updates concerning David and/or Laura. In the meantime, we congratulate David for his Harvard acceptance and wish him well!